You are here: Home / Misc Finance / A Lesson in Prioritizing Giving, from My 24th College Reunion

Last weekend, I returned to Bates College in Lewiston, Maine for my 24th reunion. Not exactly a landmark year, but it was a good excuse to get together with friends, one of whom was celebrating his 25th year out of college.

Like most other small competitive liberal arts colleges, Bates is in the midst of a long arms race to build, upgrade, and glamorize campus. If your alma mater doesn’t have a maglev train between commons and the gym by now, the administration has probably been removed for negligence.

My excitement about returning to Hedge Hall – my home for two years – was replaced by disorientation and a dull moroseness when I went inside the building and couldn’t quite identify….anything. It had been totally gutted and transformed into sparkly offices and classrooms, and featured a peacock-y glass expansion out the back, lest anyone imagine the building hadn’t been properly modernized recently.

To my relief, not everything had been transformed. Rand Hall – my residence for sophomore year – was exactly the same as I remembered it. Which immediately made me suspicious. “I think they plan to knock down Rand,” I texted Nora, who had wanted to join me, but had end-of-year school responsibilities.

With this building and amenity-adding, has come big tuition hikes. It was already expensive to go to Bates 24 years ago, but that looks like chump change now. Tuition and fees and room and board is now $68,700 a year.

Still, tuition doesn’t cover all costs, and it surely doesn’t add to the endowment, which is important for rankings and institutional stability.

And, as I’ve covered before in the post about Pippa’s search for a college, most people don’t pay full freight. Tuition assistance is common, especially for underrepresented minorities and low income students.

Which leaves fundraising to fill the gap. Reunion plays a crucial role in that push. You can tell because there are swarms of development and ‘institutional advancement’ employees running around, always so helpful and smiley.

You can also tell because the cost of reunion is so darn reasonable. For $200, I got two nights stay in Bates’ fancy new Chu Hall (made possible by a $10M gift from Elizabeth Kalperis Chu ’80 and J. Michael Chu ’80), every meal starting on Friday at lunch, a boatload of swag, cool excursions to places like Baxter Brewing, and enough alcohol to cause me to blackout – or write a big check – if I weren’t careful.

And there are lots of not-so-subtle reminders to give and to increase your previous gift. The 25th reunion residence dorm had a big easel-mounted poster that detailed the percent of 25th year alum who had given this year and the total dollar amount.

They thoughtfully left individual donor info off the poster, but that anonymity was destroyed when you picked up your name tag and discovered their naming and shaming (or feting) stickers, which were prominently displayed near your name.

When I became aware of the scheme, I braced for a barren name tag, but was relieved to see a Bobcat sticker. Thank you Nora! We weren’t causing any groundbreaking or ribbon cutting, but I didn’t feel like a loser still living in my parents’ basement either.

On Saturday night at the lobster dinner, Bates President Clayton Spencer gave thanks not for the food, but for the high roller donors, and how the class was ‘this close’ to setting a record for donor participation. I would have felt pressure to increase our gift if I wasn’t preoccupied with whether I could eat a 3rd lobster tail wrapped around a golf ball-size scallop. It wasn’t easy, but I did it. 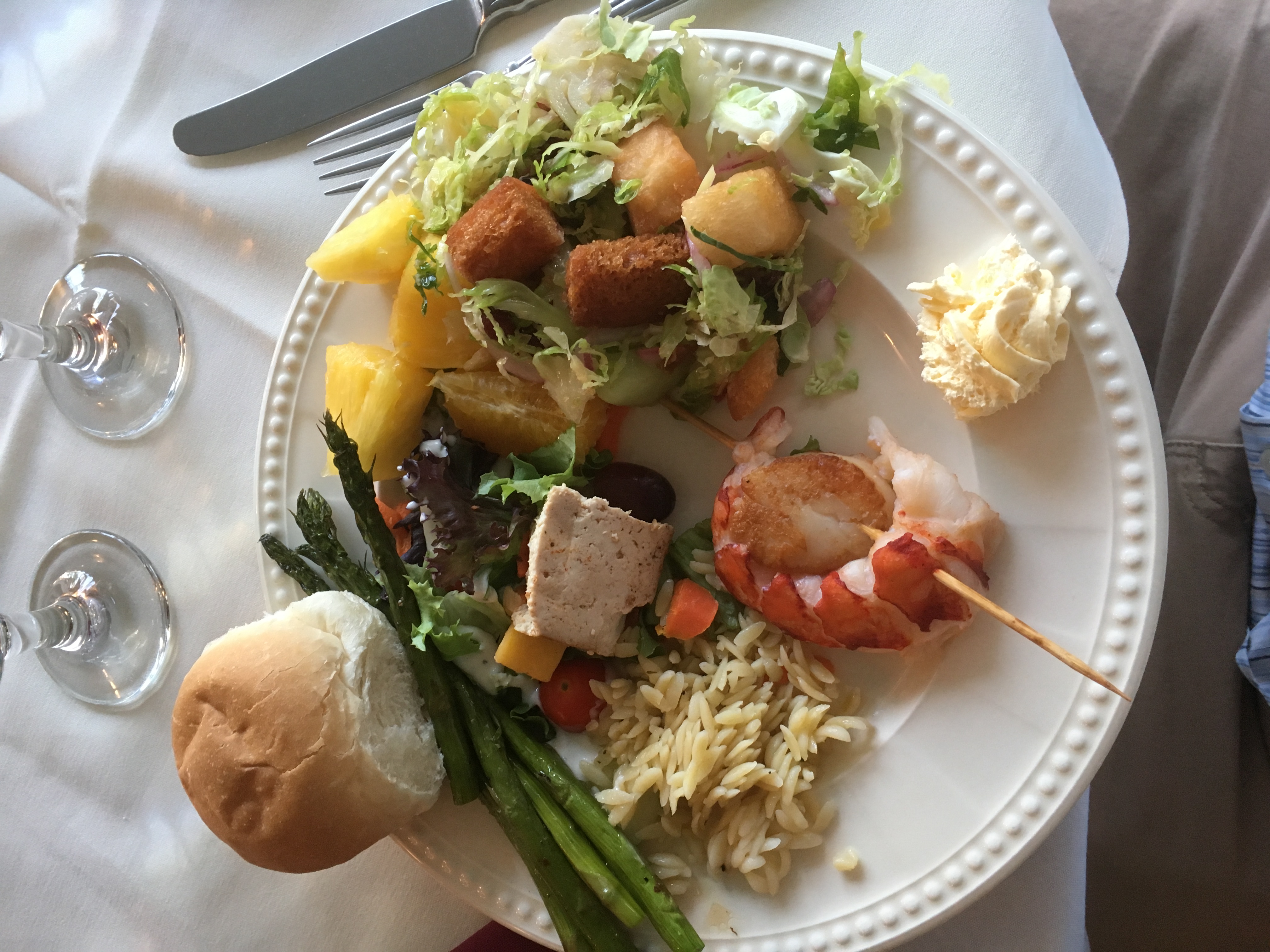 I was familiar with President Spencer, as I had recently attended, with my Bates friend Gigi, a Bates $300M campaign kickoff event at the Freer Gallery of Art in Washington, D.C. During her speech there, I remember Spencer’s aggressiveness: “We are tired of doing more with less. We want to do more with more!” I’m not sure if there was lectern pounding that went with it, but that’s how I remember it in my mind’s eye.

Related: Gigi joined me for the March for our Lives demonstration

None of this should be surprising for anyone who knows colleges or nonprofits in general. Presidents and Executive Directors are hired for their ability to make it rain. Everything else is secondary.

Also unsurprising is how this relentless drive for cash doesn’t sit well with some Bates stakeholders.

I talked to a Bates employee during the reunion. The administrator expressed some frustration about how the pursuit of bucks had somewhat eroded the Bates culture, and she was taken aback to learn of the donor sticker name tag scheme.

Bates has a progressive, values-driven history. It was started as a seminary, and became the first coeducational college in New England, admitting students without regard to race, religion, national origin, or sex.

It also has a relaxed reputation. There is a senior couple in my church; he graduated from Bowdoin and she graduated from Bates. They recently attended their 50th reunion at each school. “It was just like I remember,” said the husband. “It was like swimming with sharks at the Bowdoin reunion. I loved it!”

He went on: “The Bates reunion was totally different – it was all laid back and lovey.”

Even the reunions reflect the culture. I remember visiting Bowdoin as a prospective student almost three decades ago, and the intimidation I felt when, during the interview, I was drilled about the books I had read. The Miracle of Dunkirk and Alive: The Story of the Andes Survivors were met with an awkward silence, and I still remember my hot red face. Even so, I wasn’t going to fake a love for Goethe, just to climb nine spots in the U.S. News rankings.

Bates was the right pick for me and I still reserve a special place in my heart (left ventricle?) for the school.

Honestly, I think it’s inevitable that alumni will be disappointed at their 25th – or 24th – reunion. Most people want their alma mater to be turned over to museum curation at their graduation, so that everything is frozen for perpetuity.

Change is inevitable, and I won’t fight it, but I don’t have to support all of it either. We’ll continue to make small donations, but Bates is a relatively rich institution that doesn’t really need our money.

Rather, we will direct the bulk of our giving where it is really needed: Our church, homeless shelters, and environmental efforts. Places where our small donations really make an outsize difference.

Where do you donate and why?