You are here: Home / Politics & Finance / What Baltimore’s Removal of Confederate Statues Reveals 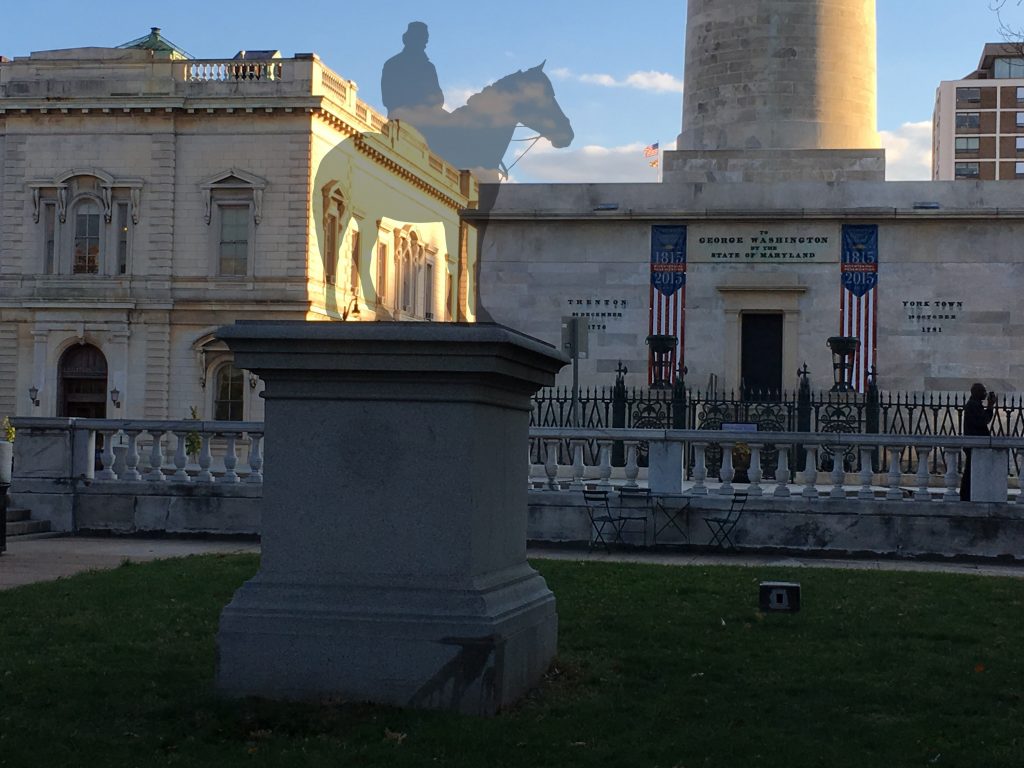 When the Baltimore City Council voted in August to remove 4 Confederate statues (actually 3 + Roger Taney), it was accomplished under cover of darkness in one night.

I had a friend ask: How can a city that takes 6 months to fill a pothole remove 4 multi-ton statues in a single night?

Located on the front lines of the American Civil War and south of the Mason-Dixon Line yet arm-twisted into siding with the North, Maryland and Baltimore were home to many Confederate sympathizers, including Bel Air, Maryland native John Wilkes Booth.

When President Lincoln called 75,000 Northern militiamen to Washington, D.C. to help put down the Southern rebellion, they encountered resistance in Baltimore during a downtown train change. The subsequent Pratt Street Riot of 1861 was the first bloodshed of the war. It’s the reason Baltimore has been called ‘Mob City.’

Baltimore has been coined ‘Monument City’ also, because of all the statues around town that commemorate this, and other, history.

What to Do With Outdated Monuments?

I’m not a proponent of removing statues that would never get commissioned today, or have become politically unpopular. They are a great learning tool. If you want to add an interpretive plaque, fine, just let them stand.

My thinking on this did a full 180 after Charlottesville. If we have a president who is going to support white nationalists and supremacists who rally around these anachronistic monuments, then let’s remove them. I’m a full stop believer in free speech (to the point of “I hate what you say, but I defend your right to say it”), but I don’t believe in encouraging the hateful variety.

On Saturday, August 12, a white nationalist rammed his car into a crowd of counter-protesters in Charlottesville, killing one and injuring many others. On Monday, two days later, the City Council voted to remove the Baltimore statues. On the following night, the mayor directed contractors to do the work (Cost: $20,000).

I think the accelerated schedule was unnecessary – downright laughable – but it lays bare the priorities of city government. Despite what you might say (“we care about keeping streets driveable by filling every pothole”), what you do is the best indicator of what matters most to you.

What are your priorities? What do you spend most of your free time on? Regardless of what you say or think, what do you actually do with your disposable income? What do your best efforts and talents go toward? Your priorities – like those of the city – are readily apparent to those around you.

Despite the loss of these monuments, we can still learn from them. If you live in Baltimore, follow this tour. If not, take a virtual tour with me.

Stop #1: Confederate Soldiers and Sailors Monument at Mount Royal Avenue near Mosher Street. As you study this empty pedestal, consider the Battle of Antietam, fought on September 17, 1862, near Sharpsburg, Maryland. It was the bloodiest single-day battle in American history, with a combined 22,717 dead, wounded, or missing.

Stop #2: Robert E. Lee and Stonewall Jackson Monument near Art Museum and Wyman Park Drives. As you gaze at this pedestal, contemplate the folly of erecting monuments to divisive leaders and losing causes.

Stop #3: Confederate Women’s Monument at University Parkway and Charles Street. As you look at this pedestal, consider all the wives who were widowed, and the mothers who lost sons, in the war. Discuss how, just 60 miles away, there were 50,000 casualties in the Battle of Gettysburg. The 3-day clash was the most deadly multi-day battle in U.S. history.

Stop #4: Roger B. Taney Monument at Mount Vernon Place. As you consider this pedestal, pray for unity. For forgiveness of past racial offenses and reconciliation moving forward.

Then drive back home and think about what should take the place of the downed monuments. The city has set up a website where you can make suggestions.

If it was your decision, what would be featured on these bare pedestals?