You are here: Home / Faith & Finance / Coincidence or Not? The Uncanny Timing of a Tow Truck to the Rescue

We have Baltimore friends who graciously invite us to their West Virginia mountain retreat every year, and we usually take them up on it.

Their house in the woods is in the Canaan Valley, where they typically get bushels of snow. A couple winters back, we were cruising along a snowy road, rushing to relax. Nora was driving.

She whipped around a shaded corner and hit a sheet of ice. I felt the car hurtle toward a snowbank, slowly spinning in a disorienting manner as it did. I felt powerless, yet strangely calm, in the eternity between lost traction and the dull ‘WHUMP.’ 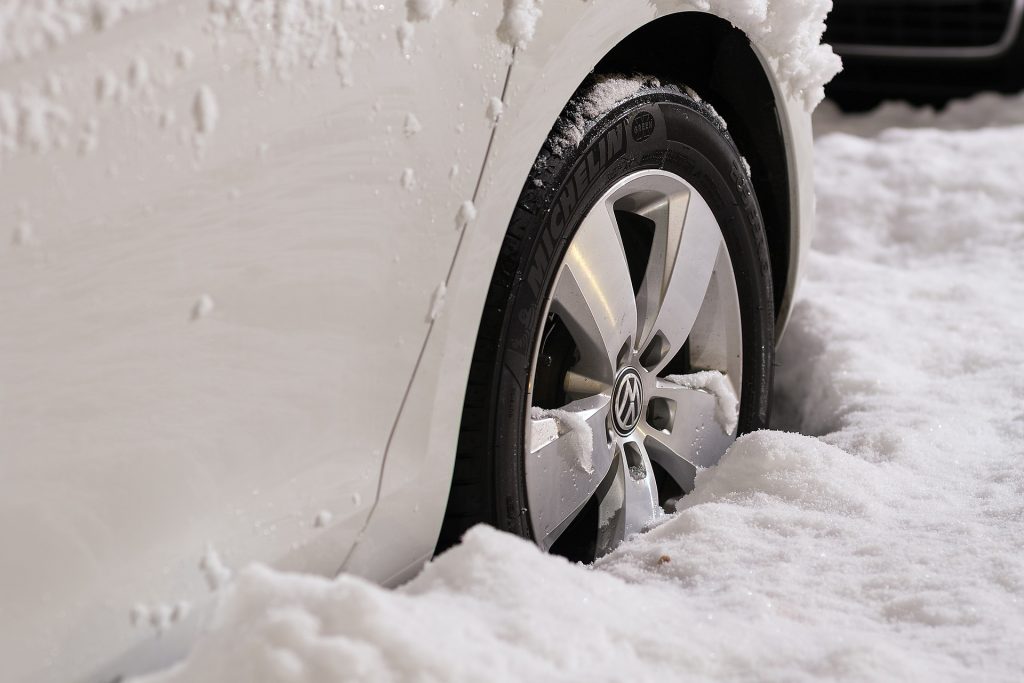 Nora let out a low groan. It was a soft landing, so I think it was an emotional response. We did a quick around-the-car status check; all healthy, just some dazed expressions.

Acting all head of the household, I jumped out to see if there was a way out. No luck, we were in too deep, with no tools to extricate ourselves.

Mid head-scratch, I looked up and saw a tow truck lumber slowly around the corner as if on cue.

The driver stuck his head out the window: “Need some help?”

Out came the chain, the hook up, and within 5 minutes, we were free.

There had been no discussion of payment, which I thought was unusual for the towing profession, where everything is cash upfront.

Knowing it could easily run 2-3 times that, I fork over the cash and thank him. Another minute and he disappears.

“That was quick,” says Nora. “Where’d he go? I didn’t even get a chance to say thank you.”

“He’s probably getting back in position with his garden hose, to spray down the area again after we leave,” I say.

“I’d prefer to think of his appearance as an answer to a prayer I was too frazzled to ask,” Nora responds.

Yeah, me too, I think to myself, immediately feeling better and less cynical about life.