You are here: Home / Politics & Finance / Debating $15 an Hour Minimum Wage with a Baltimore Councilman 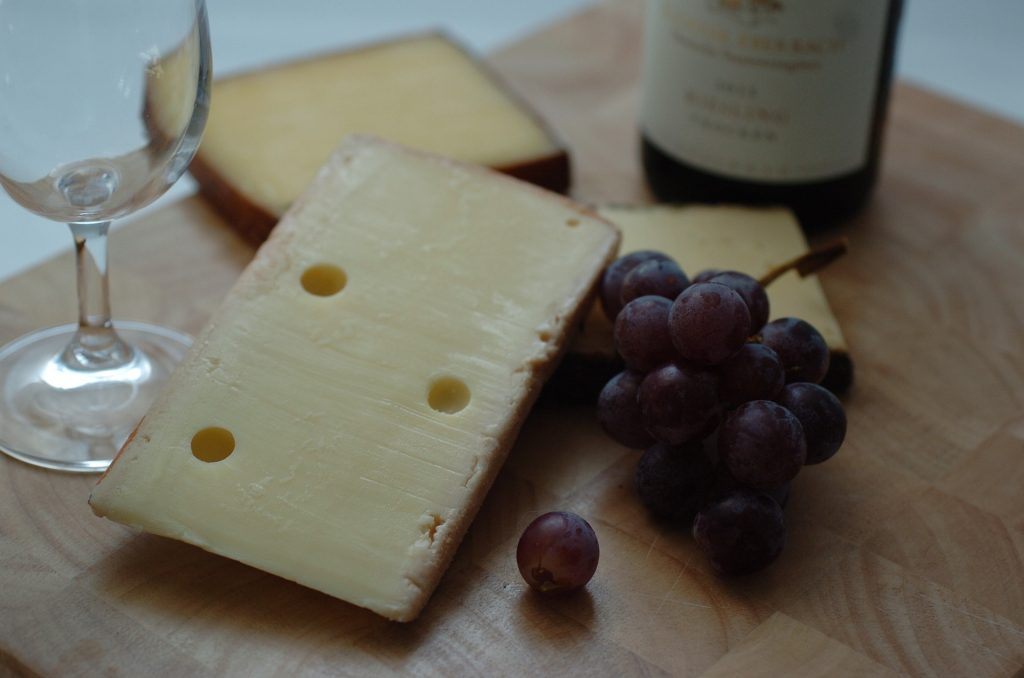 A couple months ago, our neighborhood hosted its annual Wine and Cheese Party. It’s a fun opportunity to catch up with neighbors and check out the house of the neighbor who volunteered to host it.

At the event, I ran into not one but two Baltimore city council members who were making the rounds. Oddly, the council district line cuts directly through the center of our 369-home neighborhood, so it is represented in city government by two people.

I recognized one of the council members immediately: Ryan Dorsey. I had first met him months ago (pre-primary-election) in the Safeway checkout line. Now, if your grocery store checkout line is like mine, you’ll know it’s like your typical elevator or NYC subway experience. Everyone minds their own business, and there is no room for talking or mirth of any kind.

So I was immediately suspicious when he approached me with lots of teeth and an open hand. I thought at first he was an insurance salesman or a Mormon. But he didn’t have the crisp wholesomeness of a Mormon (and there was no partner in sight), and he didn’t launch into a monologue about premiums, deductibles, or out-of-pocket anything.

But he did have something to sell. Himself. Ryan was running for city council, and with the primary rapidly coming up, he was operating in a high gear. The serving councilman had announced he wouldn’t seek reelection, so there wasn’t a popular incumbent to defeat.

Not that the serving councilman was that popular anyway. He had declared personal bankruptcy in 2013, while serving on the city’s Budget and Appropriations Committee. :/

If you know city politics, you’ll know that the primary is the major hurdle. If you can clear that, you are a shoo-in for the general election. That’s because Democrats outnumber Republicans 10 to 1 in the city. So all the competition comes from fellow Dems.

Naturally, the first thing anyone campaigning for city office wants to know is whether you are a registered Democrat and whether you live in their district. But they don’t want to come out and ask, for fear of being a boor. So he went right on selling.

I finally paid the checkout woman and escaped the store, only to be followed into the parking lot by the candidate. I admit I enjoyed the novelty of the initial attention, but this was getting a little creepy, so I dropped the bomb: I’m not a registered Democrat, I told him.

Ryan was momentarily speechless, but then pressed a pamphlet in my hand and mumbled something about sharing it with my wife. Of course, I thought, who wouldn’t be interested in reading about someone who was so clearly loved by all people – black and white and brown! You could tell just by looking at his smiling United Colors of Benetton campaign pictures!

Fast forward a number of months – Ryan won the primary and general election and had assumed office. He quickly made a name for himself by attacking the most prominent businessman in Baltimore (Under Armour’s Kevin Plank), who plans to transform a decrepit part of town with a $5.5 billion (yes with a B) development, providing some hope and lots of jobs. So already I don’t have warm fuzzies for him.

At the neighborhood party, I am equally repelled and attracted to Ryan. I know he doesn’t remember me, so I could easily avoid him, but I’m eager to talk to him about his vociferous support for a $15 per hour minimum wage, which passed the Baltimore city council, but was felled by a mayoral veto.

So I take the plunge, approaching him: “Ryan, how are you doing? You probably don’t remember me…but I read about you in the paper the other day.” I’m already mentally patting myself on the back for keeping my remarks neutral and not putting him on the defensive. “Tell me more about the minimum wage campaign for $15 an hour.”

Ryan lays out the case which is hard to argue with on its face. It’s a gradual increase that won’t reach $15 until 2022. There are too many people just scraping by. Businesses are taking advantage of vulnerable employees. And doesn’t everyone deserve a living wage?

“But can the city afford such a measure?” I asked. The mayor estimated the bill would cost the city $116 million over seven years, including the expense of paying city workers a higher minimum wage. That would be piled on top of the city’s outstanding fiscal challenges: a $20 million deficit, a $130 million schools budget shortfall and new spending obligations associated with the U.S. Department of Justice’s police consent decree.

“Do you know how much money is wasted in city government?” replied Ryan, going on to list a number of areas. I nodded, knowing this was truth. What I didn’t think of until later (isn’t that always the way?) was this response: What are the chances that any of these wasteful expenses will be eliminated?

I honestly don’t know much about minimum wages – how they are set, how effective they are, what market distortions they cause – but $15 seems like a pretty arbitrary number, and a darn high one at that.

I think the vast majority of us in the U.S. can agree with the sage who once said that Capitalism is the worst economic system, except for all the others. (Similar things have been said about Democracy). In other words, a free market system has all sorts of limitations and failures, but its clever leveraging of self-interest – not Samaritan goodness – makes it perform better than the alternatives.

Then the question is, how much should government interfere in the economy to fix problems and inequities? In Scandinavia, they believe in a strong role for government. In the U.S., not so much. Except in some cities.

In Baltimore, the jury is still out on what direction city government will eventually take on the minimum wage, but in my mind, the city can’t go it alone. If Baltimore raises its minimum wage, then many employers will move a short distance into the county, just beyond the reach of city regulators, but within driving distance of urban consumers.

With a wine glass in hand (and cheese in the other), I propose a toast: Let’s enact state-wide or, even better, nationwide policy that helps more than it mucks up.

After all, there’s no point in artificially lifting the wages of some workers if it’s just going to bankrupt a city.