You are here: Home / Faith & Finance / It Was an Expensive Foreign Service Trip – Then She Broke Her Hip

A couple years ago, my mom had the opportunity to serve as a member of her church’s mission team on a trip to an orphanage in India, and she went for it. Like my wife Nora, mom never misses an opportunity to travel…and, oh yeah, there was a missions opportunity as well.

Mom is in her 70s, but if she wore one of those head-to-toe burkas, you’d never know it. She has the enthusiasm and ‘let’s do this’ spirit of a 20-something.

So it was no surprise that she jumped into fundraising with two feet. Each participant had to raise $2,000 on their own, then the church would make up the rest.

Mom sent out a solicitation letter with a killer pitch. She’d bake and deliver a fresh fruit pie for $50, two for $100, or, over the course of a year, twelve for $500.

Now, I know what you are thinking and you are wrong – those prices were a good deal. My mom bakes the best pies, no contest. Don’t believe me? Ask Pippa, who dissolved into an inconsolable sobbing mess when she discovered we finished one of the pies while she was away. (She was 13, not 6). Or me, when I melted down when I realized a spider had built a nest in the remains of one pie that we were trying to nurse for too long.

As you might have picked up from reading this blog, I’m not a big spender. I’m not brand loyal (except for a few things), because I know loyalty is costly. I dilute my juice with water to make it go twice as far. And when I go out to eat, I almost always drink water and skip dessert.

But there was no way I was missing out on getting a dozen of my mom’s home-baked pies. $500? No problem. Delivered fresh every month, the tips of my fingers would sense a hint of warmth still stubbornly holed up in the center of the pie.

Mom set a record for meeting her financial goal in the shortest time period.

As the trip approached, I began to have doubts. Not about the health or safety of the participants, but just the whole concept. How much time and money and effort were being spent to transport this group of 7 teenagers and 4 adults halfway around the world? And to house and feed them? And what about the distraction from ministry for the missionary who was hosting them? All for what was essentially a one-week vacation bible school experience.

And it’s not like their sending church is rich. It’s the typical American Protestant church with a slowly graying and declining population saddled with twice the building they need. Partially footing the bill for this missions trip probably meant delaying a much-needed roof repair or paint refresh, or perhaps even a smaller payment to the very missionary who was hosting them.

And it’s not like there aren’t amazing missions opportunities closer to home. Much closer. Like parts of West Baltimore, where I’d venture that the physical needs are just as dire as those in India. Or perhaps in well-to-do Ruxton, where the spiritual needs could be just as acute.

Regardless of my reservations, Mom and her team took off from Washington Dulles International Airport in a great cloud of prayer and well wishes. 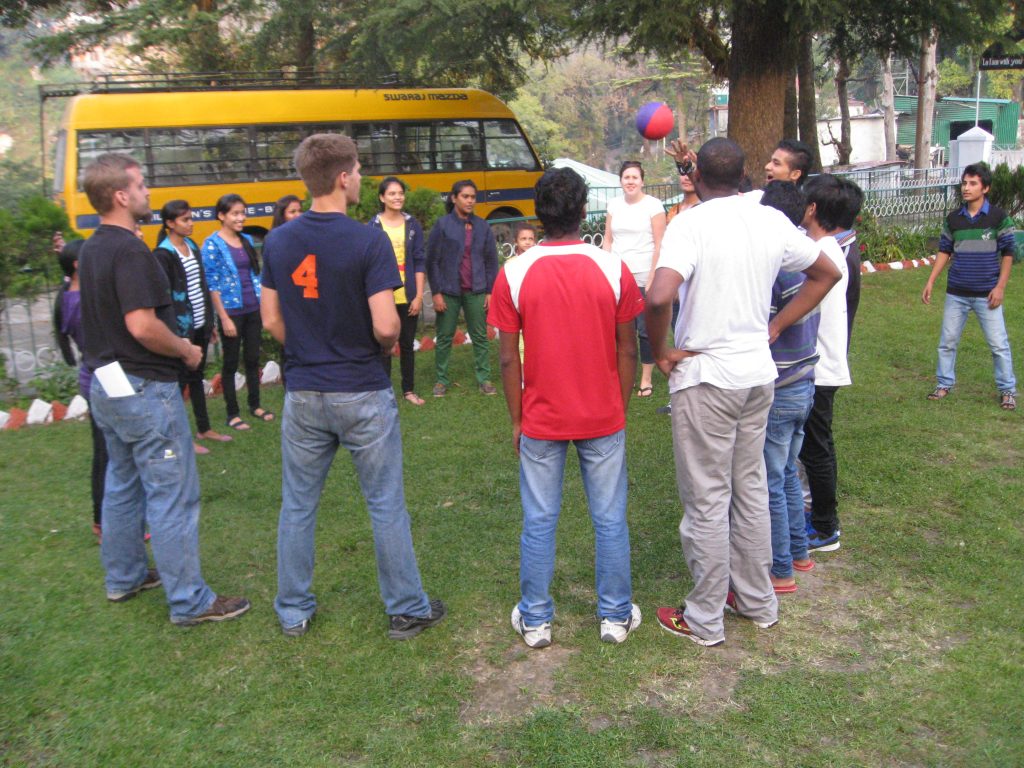 It wasn’t long after they settled into their Indian village when we heard from them. Mom was in the hospital!

Never one to sit on the sidelines, she had gamely joined a spirited tug of war contest, which ended in a lurch of the rope and a sudden collapse of bodies. Everyone else popped up but mom. She learned that seeing stars when receiving a stunning body blow doesn’t just happen in comic strips.

Given her injury, age, and the relative advancement of medicine in India, it was determined that mom would receive an immediate hip replacement in a small Indian hospital, then recover just enough to fly home. She would have to stay 3 weeks later than everyone else (except for one other adult who agreed to stay with her). None of us – not even Dad – would be able to make the trip to be with her.

Mom was devastated, of course. She had barely unpacked and she was already out of service, and a big distraction to the mission team and their message.

Combine that with the challenges of navigating a foreign healthcare system. The paperwork. The language barrier. The unconventional medical practices (one that’s seared in my mind’s eye is her story of being kept awake throughout the entire surgery, listening to the scream of the power tools and inhaling the acrid smell of her singed bones).

Miraculously, God still had a role for my mom. Perhaps a greater role than anyone else on this trip. From her trip notes:

Amazingly, mission opportunities that I could not have dreamed of opened up to me as a result of what at first seemed to be a disaster of no small proportions. The children from the home, to whom we had come to minister, immediately responded to my accident with beautiful hand-drawn get well cards with bible verses which, when set up in my hospital room, were a magnet for all the hospital staff who attended me. The Gospel message we had come to share immediately reached an audience many times the size we could have possible anticipated.

Plus there was a wealth of prayers that were offered in all parts of this country and abroad on our behalf. That such a simple thing as a game of tug of war gone awry could lend itself to uniting so many people in prayer seems rather amazing to me.