You are here: Home / Faith & Finance / The Formula for Happiness – Seventeen Magazine Vs My Mom

In the March/April 2017 edition of Seventeen Magazine (please don’t ask how it came into our house), the cover grabbed my attention: 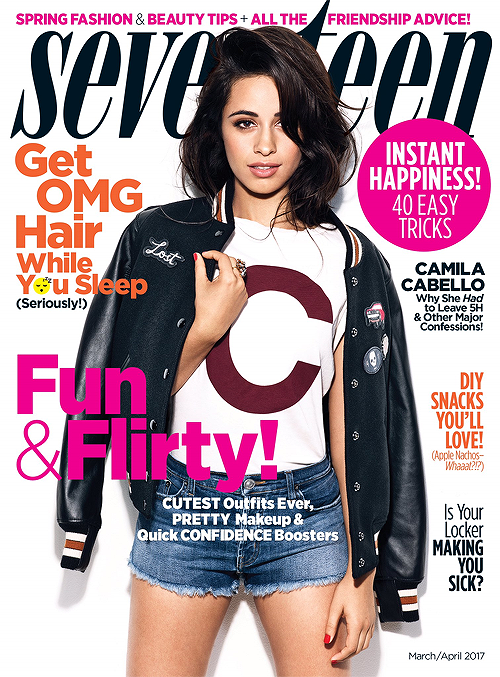 No, not Camila Cabello, who, for some whack reason, was like totally unknown to me. (But between you and me, I’m totes down with why she just had to leave Fifth Harmony. I mean, really.)

And no I’m not talking about the teaser on how to “Get OMG Hair While You Sleep,” although I’m hitting that after I finish writing this, because I’d love to be able to skip my 10-second comb job in the mornings.

Rather, I was struck by the come-on for “Instant Happiness” – who doesn’t want that?

Intrigued, I turn to the inside and found this formula: 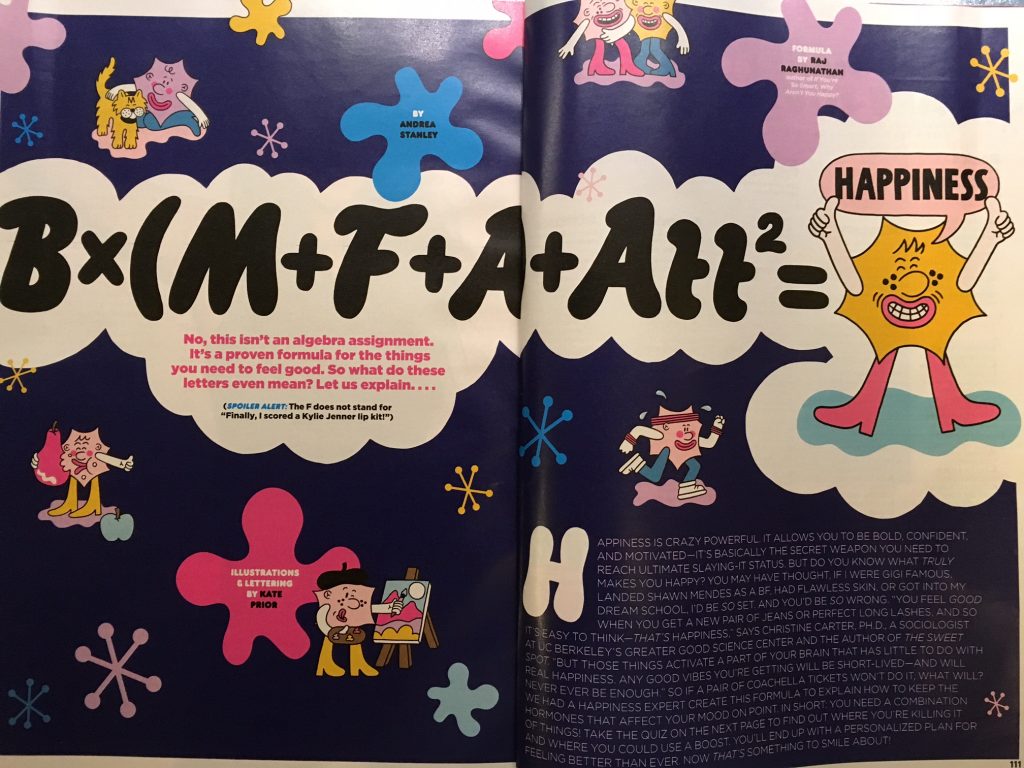 Is it just me, or is that a pretty intimidating formula for the average Seventeen reader? Not that the 13-year-old girls who read it aren’t smart, it’s just that you’re required to put your brain aside before turning the cover.

I don’t know if you can read it, but Seventeen includes this alert in small letters below the formula: “The F does not stand for ‘Finally, I scored a Kylie Jenner lip kit!'” I can just imagine the conversation between Editorial and Advertising on that one:

Advertising Exec: “Kylie paid us $8,000 to mention her lip kit, just as long as it feels organic. It can’t feel forced or look like an advertisement.”
Editor: “My parents sent me to Columbia to become a journalist. I wonder if they’ll want their money back.”
Advertising Exec: “That’s cute – you editors lose your dignity so late in life.”

Honestly, I got lost trying to figure out the elaborate formula thing (I feel like one of their readers), so I zeroed in on their money advice: 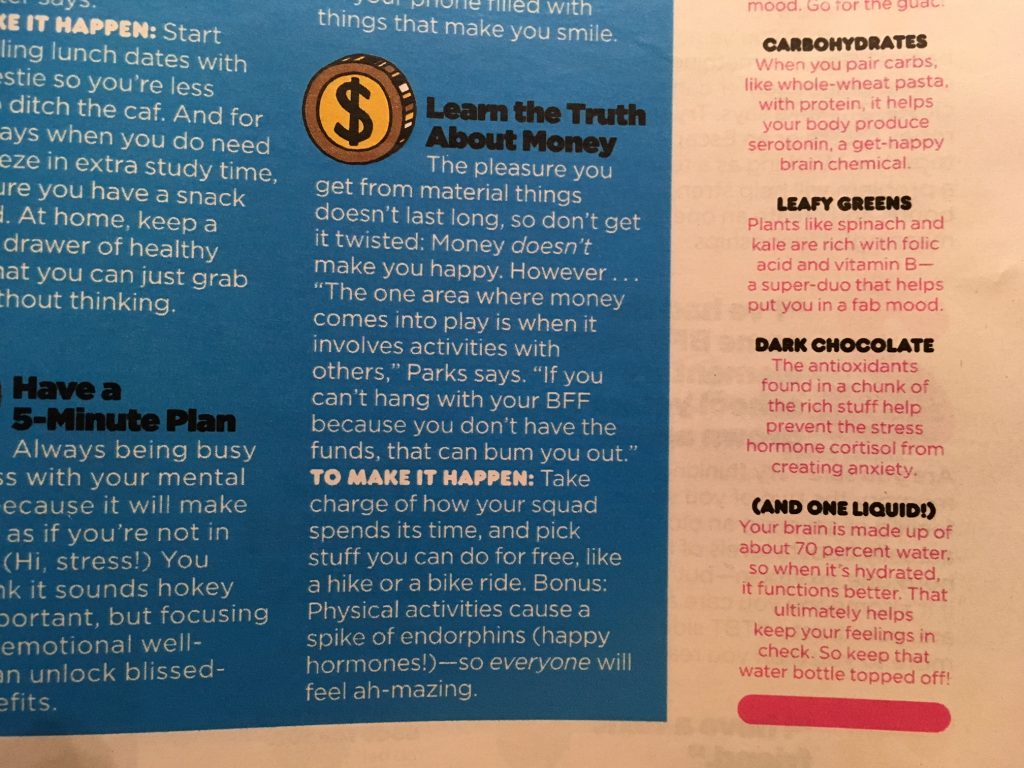 Good advice, as far as it goes.

Let’s compare Seventeen’s guidance with my mom’s formula, the simple addition of 5 elements: 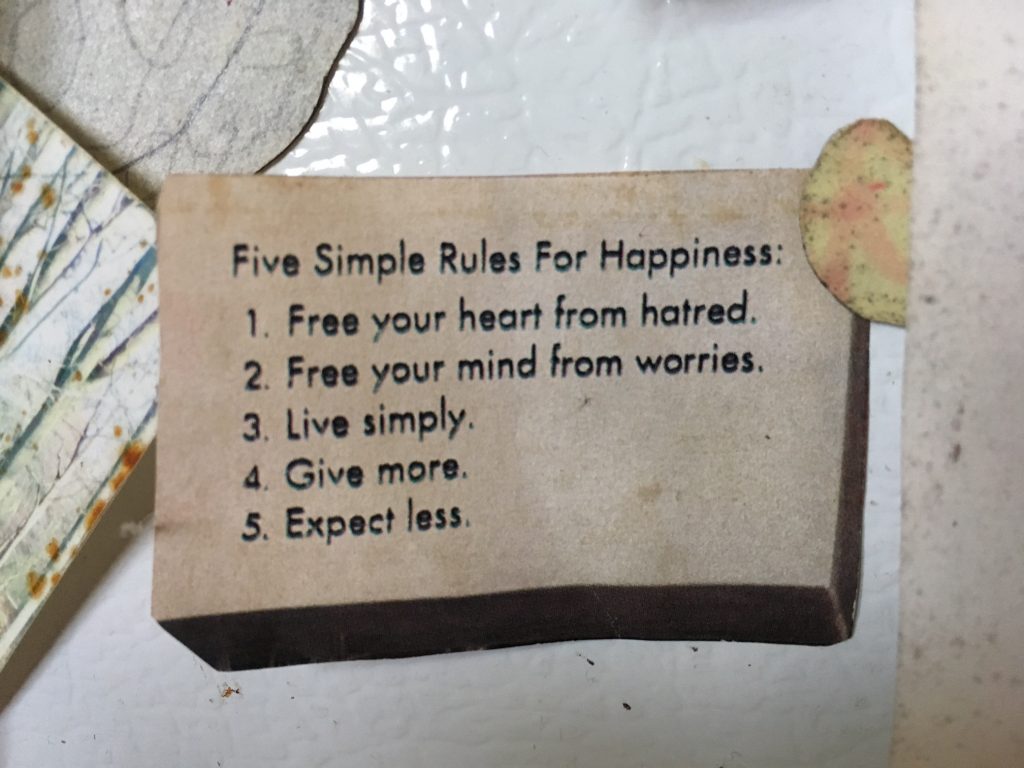 This stained and faded scrap of paper has been stuck to the side of her fridge for as long as I can remember. It’s so small that you have to search to find it, even if you know it exists.

Why are we so attracted to 40 tricks when 5 rules will suffice?

Tricks are easy, a shortcut to happiness. Rules are ironclad, require sacrifice, and are hard to adhere to.

Ask a parent what they want for their child(ren) and 9 times out of 10 you’ll hear a variation on this: I just want them to be happy.

Does God want happiness for our children…and for us (his children all)?

Yes, I think so, as long as it’s rooted in him. I am the vine, ye are the branches, he says.

Mom’s Rules aren’t from a Christian tract, but I think they are biblically-sound:

Except #5. Expecting less from others is probably a good self-defense mechanism, but I think God wants us to be open to receiving great things from him, and, to a lesser extent, from his people.

Openness to others equals vulnerability, but he doesn’t call us to a safe life. Just a meaningful one.