You are here: Home / Kids & Finance / How My Son’s High School Marching Band Thrives on a Small Budget

Last August, Grey burst in the door of our house: “Mom, Dad, Pip, you need to go to the Poly football game on Friday.”

“Whoaaaa there,” I said, pretending to restrain a rambunctious stallion with my air reins. The school year hadn’t even started yet.

I loved that he was excited about his new school (he was an incoming freshman) but no point in making the whole family suffer. I couldn’t think of anything less appealing than watching a high school football game without a single relative or acquaintance suited up for it.

If you know Grey, you know he’s pretty small, with a body fat percentage somewhere in the low single digits. He would be laughed off any self-respecting football team. Even place kicker would be a stretch for him.

I couldn’t maintain a mental picture of him in a football uniform without the image quickly disintegrating.

“What?!?” Nora and I said nearly simultaneously.

Grey was a week and a half into learning to play the bass drum in Poly band camp, but there was no way he could possibly be ready for prime time.

Before camp, he had never touched a drum. Now he was going to play several songs – in formation – for the second largest high school in Baltimore city?!? And surely the one with the best band program.

Yes, we’d be at that game. There was no way we would miss that game. 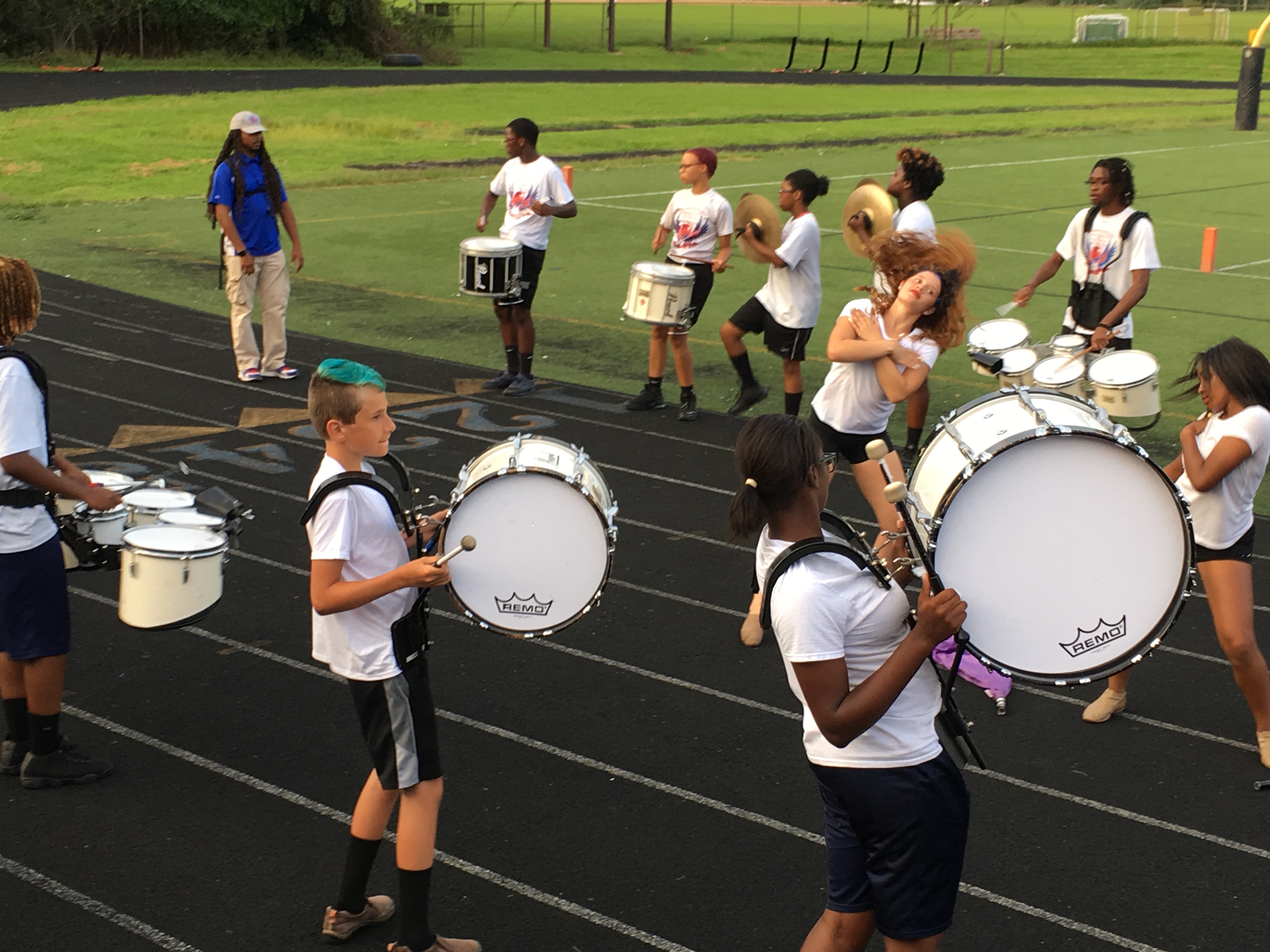 Sure enough, in the late afternoon on Friday, August 25, 2017, Grey confidently marched out onto the gridiron turf with his fellow students, known as The Flock. As you can see, this was pre-uniform distribution. Modeling green hair, he is on the far side in the video below.

To be honest, I was a little nervous about Grey’s move to high school. Until this year, he had been in small independent schools, where class size never exceeded fifteen. And I’m not talking about math class; I’m talking about his entire grade.

Now he was transitioning to a class of 400.

As I’ve written about before, we were pleased he’d decided to attend a public high school, after we’d burned through $250k on his and Pippa’s private education. But what would we have to give up in exchange?

Since public schools are primarily locally funded, I knew that Baltimore schools have a disadvantage. Sure, property taxes in the city are double what they are elsewhere in the state, but the problems (poverty, drug addiction, violence) – and expenses – are quadruple.

And that’s before any mismanagement, which is always an issue. City schools have many smart and devoted employees, but they don’t always attract the best and brightest. The highest-achieving teachers and administrators often go to districts where things are easier.

Teachers are paid similarly to surrounding jurisdictions, but everything else seems to be underfunded. City school buildings are falling apart and the entire district shuttered for a day in January when it got cold and neglected heating systems failed.

Grey threatened recently to transfer to Western, an adjacent school that contributes musicians to the Flock band. Never mind that Western is all-girls. I asked why and he said because not all of their band instruments are falling apart.

That breaks my heart a little, but only a little. Ease and comfort rarely lead to success. Show me a successful person and I’ll show you a disadvantaged childhood, or a debilitating injury, or multiple bankruptcies.

Of course, some people respond differently to setbacks – they get discouraged and give up, or just switch to a lower gear.

You see the same thing when you look at how a setback affects someone’s spiritual life. Some people take the “How can God be in control when bad things happen to good people, like me?” approach, and turn their back on God when difficulties arise.

Alternatively, some people have their faith strengthened during trials. Peter explains how this works in 1 Peter 1:6–7:

In this you greatly rejoice, even though now for a little while, if necessary, you have been distressed by various trials, that the proof of your faith, being more precious than gold which is perishable, even though tested by fire, may be found to result in praise and glory and honor at the revelation of Jesus Christ.

If you have faith in God, there are always impurities associated with it. There are tendencies to trust money and status and popularity alongside God – dirt mingled with the gold of faith.

When gold is melted in fire, the impurities float to the top and are removed. When the refining is finished, the gold is even more valuable.

In God’s design, our trials are the fire that refines gold from its impurities.

With that perspective, I’ve come to appreciate the minor trials that Grey has encountered this year. Yes, some of the Flock’s instruments are left over from this time period: 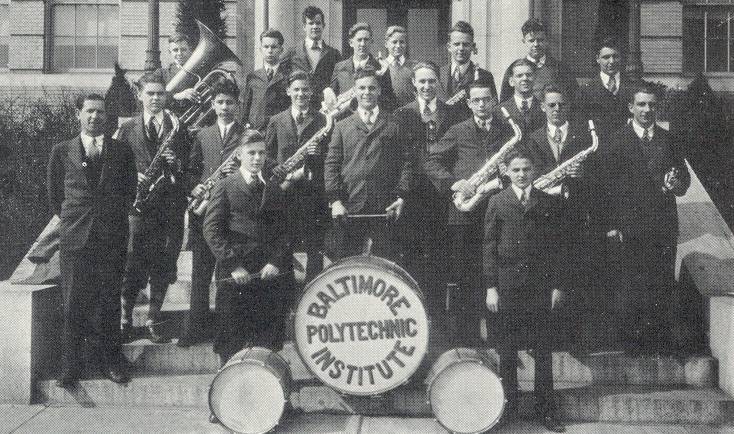 And yes, the drumline performs with police activity nearby:

Does that slow down Grey and his bandmates? What do you think? Watch this video to see how dimmed their enthusiasm is: