You are here: Home / Kids & Finance / How to Have Family Fun on a Budget

My dad is from the east end of Long Island (North Fork). Every summer, everyone in the family (and occasionally some friends) make the pilgrimage back there. Except my sister and other relatives, who live there full time.

Nora works in a school, so she has the summers off; she typically spends two summer weeks on the North Fork, with Pippa and Grey. They stay in a little family bungalow on the beach of Peconic Bay. I don’t get that much vacation time, so I join them for one or two 3-day weekends.

Nora is unparalleled in her ability to create fun and frugal family activities out of nothing. Anyone can take the family to a beach, or a movie, or an amusement park. All Nora needs is something as ordinary as yard sales.

I’m not sure why, but yard sales on the North Fork are a big deal. You need a permit to host one, they are all listed in The Suffolk Times and they are wildly popular. And they are generally much better than yard sales you’ll find elsewhere. That’s my experience anyway.

Over a decade ago, Nora created an annual family event: The Yard Sale Scramble. Someone who is not playing creates 7-10 categories, then two or three teams run around to yard sales, trying to find the best fit for that category at the lowest price. Time matters too – if you aren’t back within the allotted period (usually two hours), you are docked points.

Getting There Via Citi Field

This year’s Scramble was set for Saturday, August 4. I planned to drive to Long Island on August 3, taking in a not-so-frugal Mets game on the way. Grey planned to meet me there, to add one more notch to our MLB belt, along with other family:

When my 9-year-old nephew Hunter and 17-year-old niece Liz heard I was going to Long Island, they asked to come along. They planned to stay with relatives until the rest of the family joined them.

I was amenable, but my brother Grant was a little worried: “Hunter loves yard sales, try to keep him from borrowing too much money from Grandfather who is all too happy to lend it to him,” he emailed. Grandfather is our dad.

I didn’t respond to the email, but I decided to test how warranted the concern was, on the drive to the Mets game:

That’s true. My dad doesn’t have the best natural memory, so he compensates by writing everything down. Invite him to dinner? He’ll pull an index card out of his pocket and make a note of it. Borrow $1.75? Same thing, and it will magically appear on the fabled ‘Yellow Bill’ that details who owes him money or non-monetary objects. 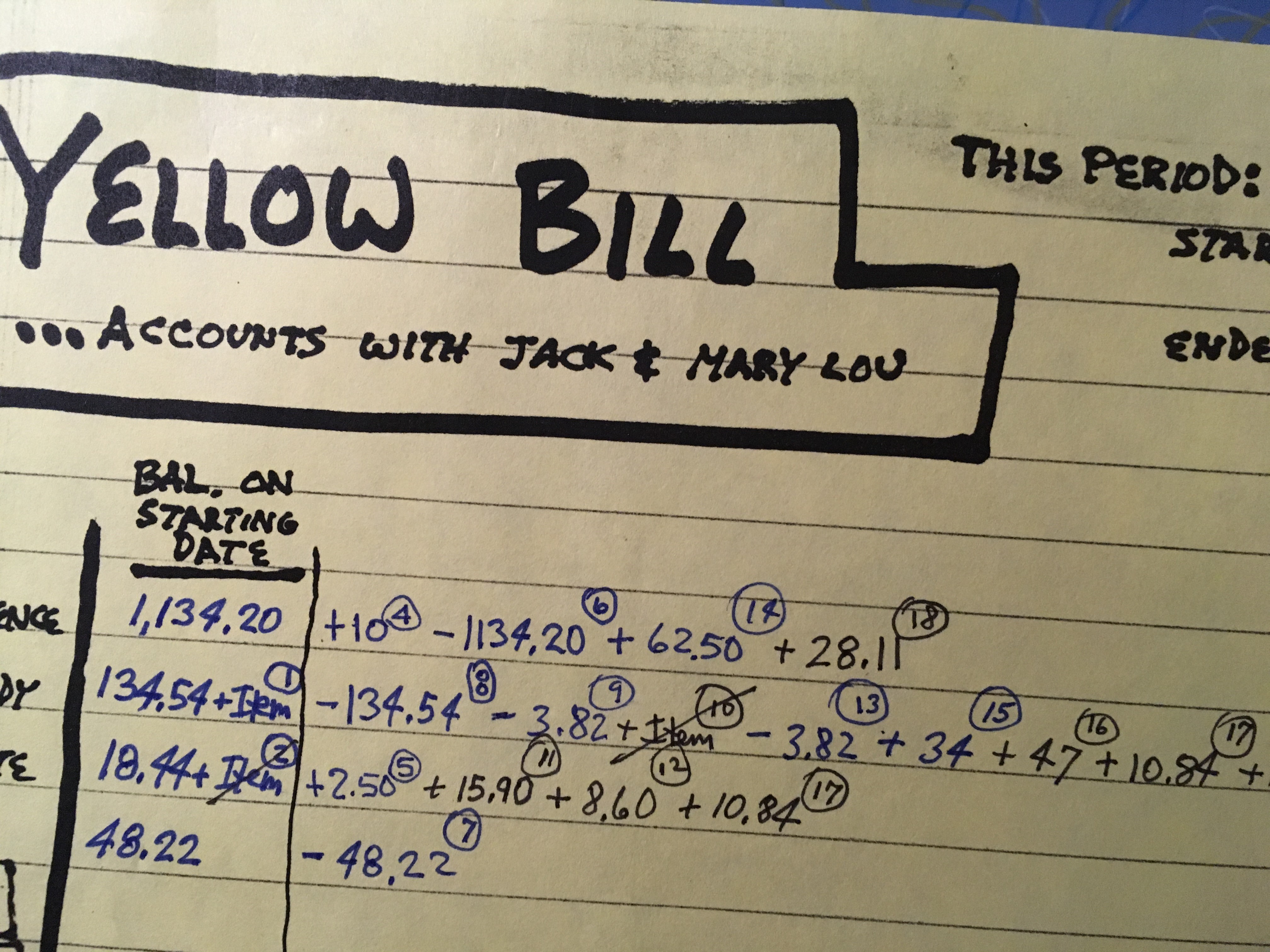 Hunter was thrilled the first time he ‘made it,’ with his own row on the Yellow Bill, but the excitement quickly wore off after a couple yard sale splurges.

“Don’t worry about it, we’re doing the yard sale scramble this weekend, so there won’t be any time for casual shopping.”

An impressive level of enthusiasm, I thought.

Then, 30 minutes later he asked: “What are the teams?”

“The Braves are playing the Mets – I thought I told you that,” I said.

“No, I’m talking about the scramble.”

The Mets lost 3-0 to the Braves, then we trekked the length of the island and fell into bed.

The next morning, we were up with the sun, a Suffolk Times in one hand, coffee in the other.

Grey and his cousin created this year’s categories:

Somehow, I don’t have any pictures of the Scramble (there was intermittent rain) but I can confidently say that the classy ‘free box’ desk lamp that I found buried in an under-the-table milk crate was surely what put my team over the top.

No good yard sales in your area? Consider this Scramble variation: Photo Scavenger Hunt. Totally free, it’s just a matter of walking or driving around to capture photos that match categories.

Following are a few of my favs from past years. 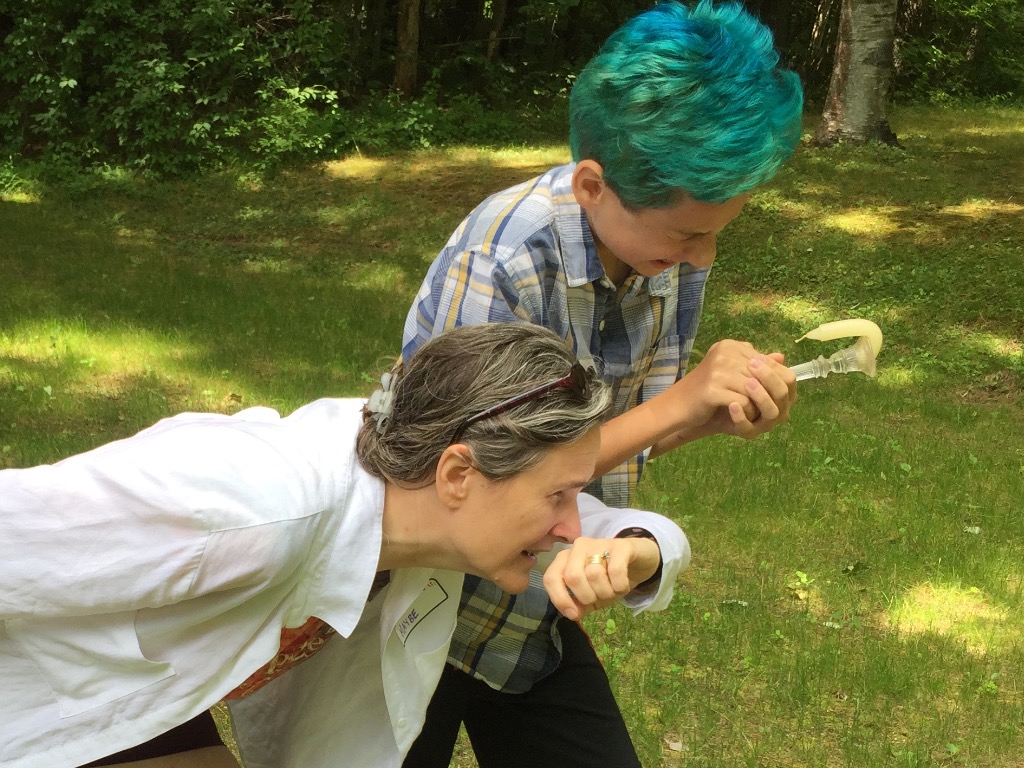 From a Summer 2016 hunt in Maine with Nora’s college roommate Fiona, for the category “Happy Neighbor”:

From a 2015 hunt in Baltimore, posing on a Confederate statue that no longer exists for “Horse Statue”: 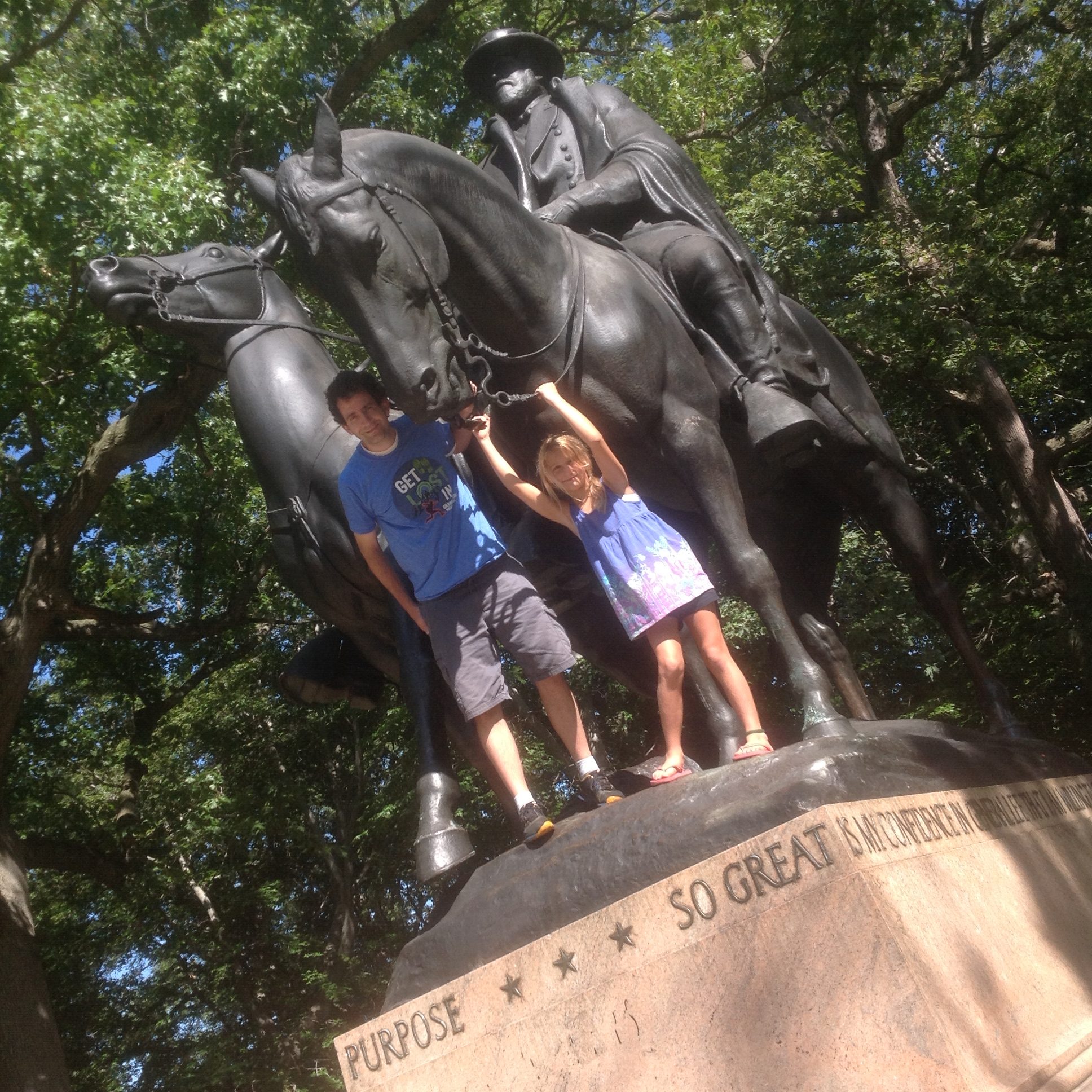 And from 2013, this “Bare Bottom” entry, which has been censored for a family audience: 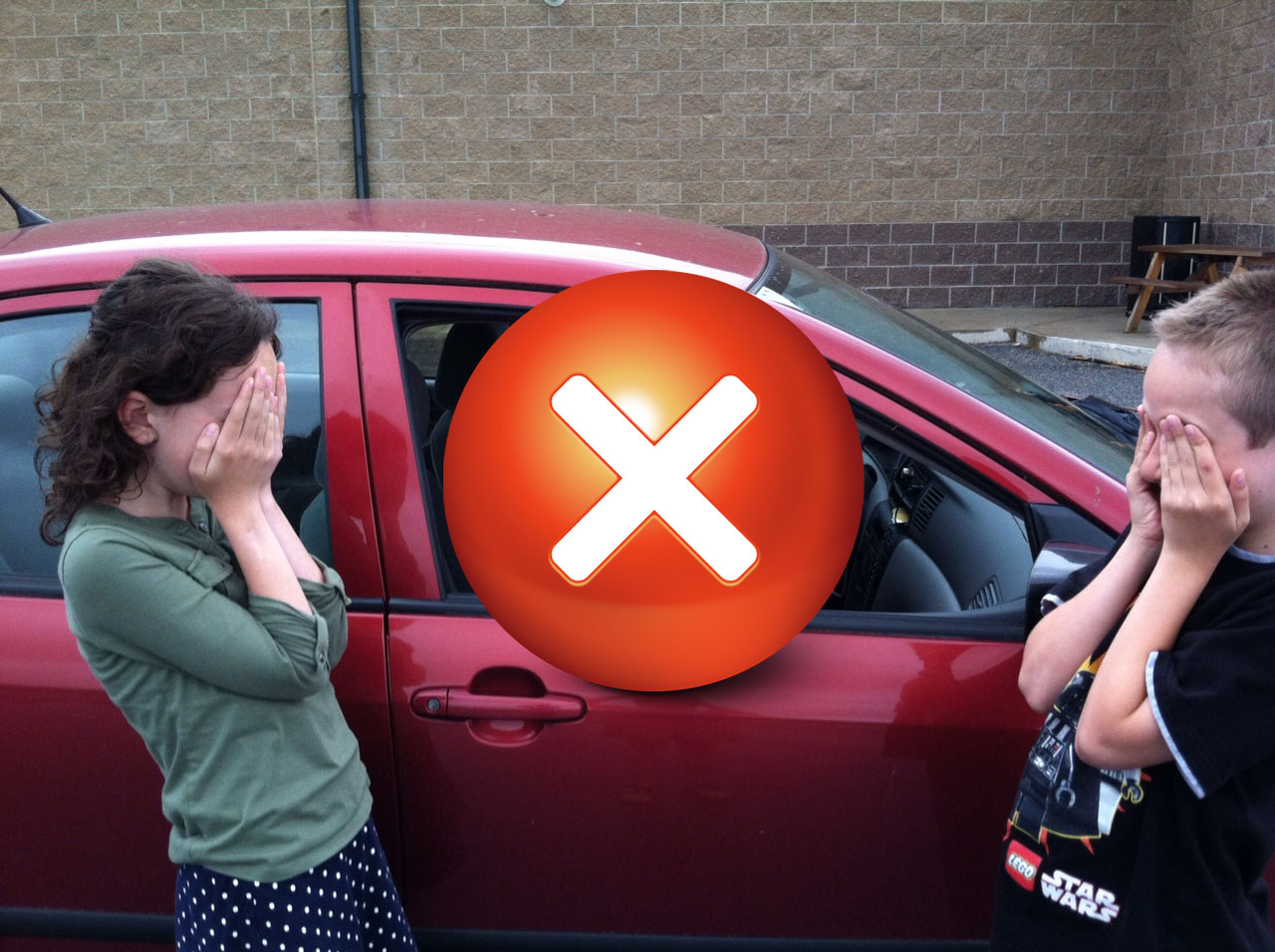 When I made the Bare Bottom category (I was the category creator and judge), I thought the winning entry might be a barbie with her pants pulled down. But that didn’t count on someone’s determination to win at all costs. The game budget might be low, but the competition is as high as a moon.