You are here: Home / Kids & Finance / Is It Unfair to Treat Your Kids Differently? 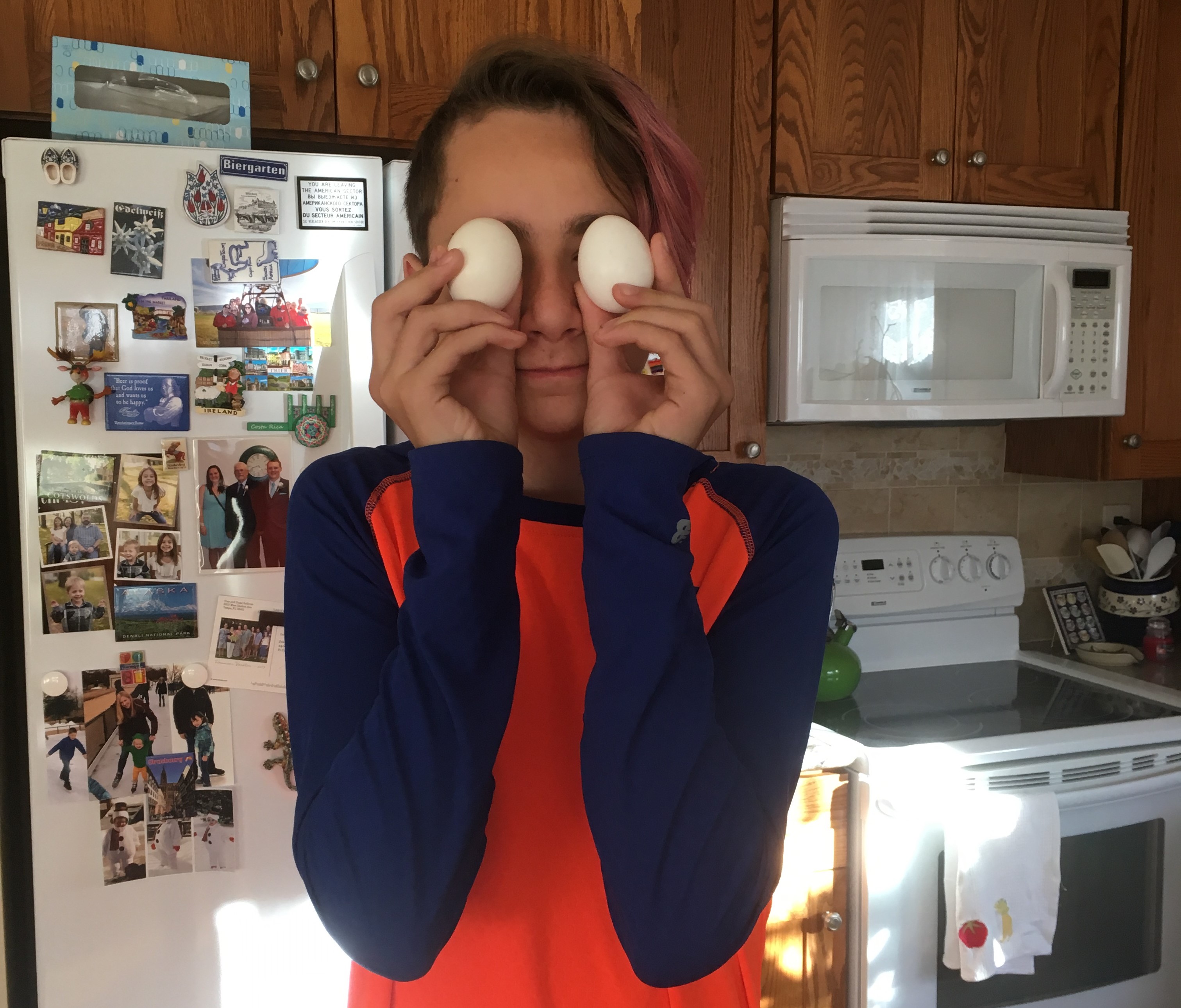 As Grey’s birthday approached, we talked about whether he should get the same treatment.

I could tell Nora was torn because there were two opposing thoughts warring in her head:

First, she believes in fairness above practically all else. If we spend $30 on my sister for Christmas, you can be darn sure we’ll spend the same on my brother. Never mind that neither of them cares much.

Same thing with national policy: If the wealthy get a tax cut, so should everyone else get an equal one. (I can’t disagree.)

From a fairness perspective, Grey should get a phone.

Second, she believes that, on the important things, the kids should do what she wants them to do. I do too, of course, but I believe in the soft power approach to get my way – or not.

Nora is down with soft power, until it doesn’t work. Then she goes straight to bribes, cajoling, and shaming. One or more of these tools tends to work on Pippa, who is more of a people pleaser, but Grey is a tougher nut.

But every nut has its hammer. Over the last year or so, Nora’s hammer has been to threaten to delay acquisition of his first phone, or his driver’s permit. Either threat sorta works, but she could feel the biological (as it were) clock ticking down on both of them.

From a leverage perspective, Grey shouldn’t get a phone. Not yet anyway.

We have a Verizon plan so I went to the Verizon Wireless store in Annapolis where I work to check out the options. Per the fairness argument, it would have to be a cheap-o Android phone to match Pippa’s.

They didn’t have the Moto Z anymore, naturally, so I looked around for something comparable.

Nora would probably prefer he got an iPhone, so she could communicate with him via her iPad’s iMessage (she doesn’t use a cell phone), but they are way too pricey. I have an iPhone SE, but no one said anything about parent-child parity.

The old-fashioned flip phones are super cheap, are less likely to be stolen, and a couple friends’ kids get by with them, but again there is the Pippa equity issue.

So, with Nora’s blessing, I purchased a starter Samsung – the Galaxy J3 V. 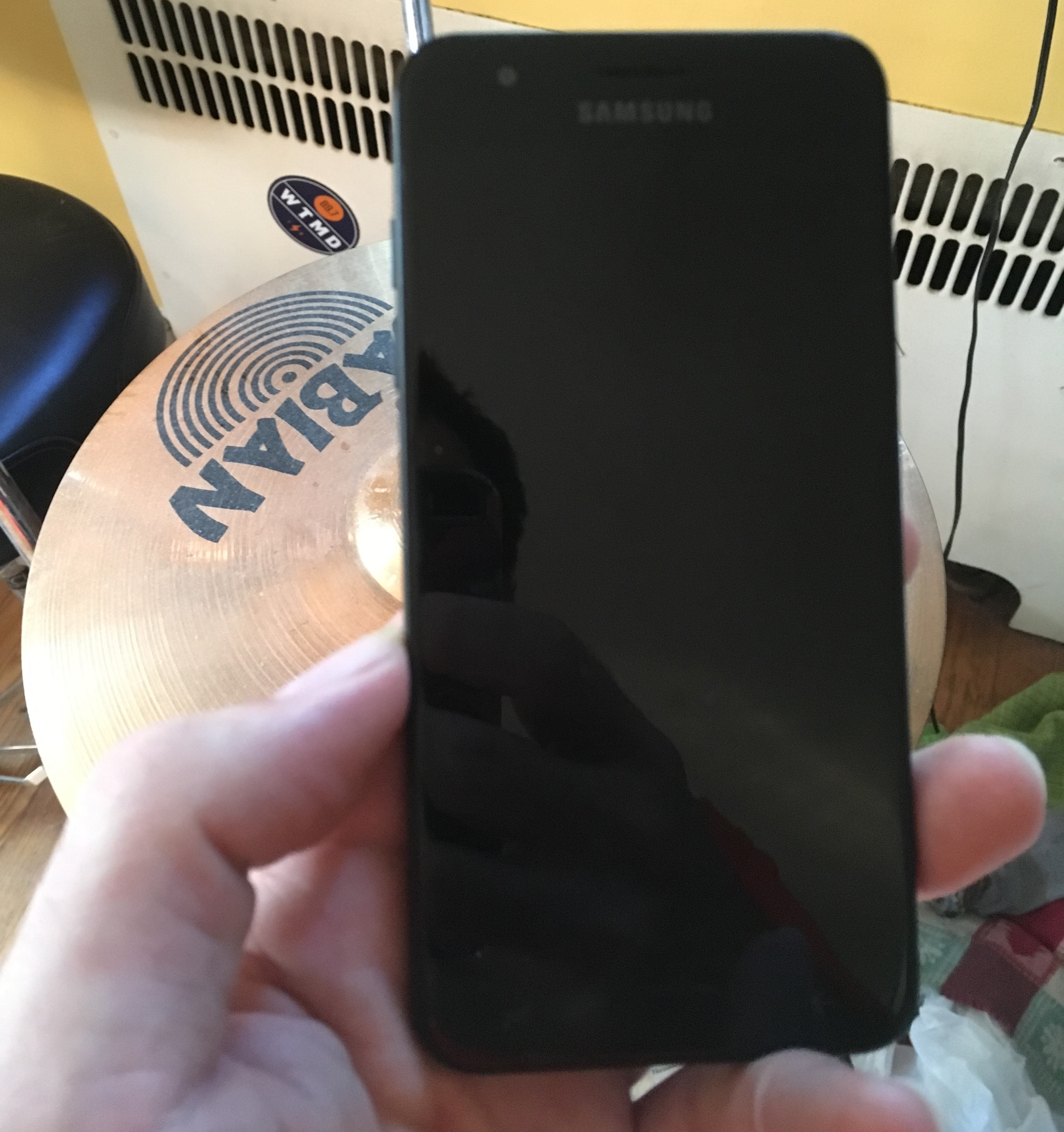 At home, I took it out of the box, wrapped it in newspaper and slipped it into a cylindrical food package that looked nothing like a phone. He’d get the phone, but we wanted him to sweat it down to the final minute.

As Grey dived into his phone and tuned out the world, I turned to Pippa to see if I could get her to sweat a little too. (Responsible parenting means total safety and security in the pre-school years, then slowly increasing levels of insecurity until adulthood).

“Pippa, sweety, don’t forget your phone contract is up in four months,” I said. “You can choose to renew it or do whatever you want.”

“Meaning…?” She had a crinkled brow.

“Meaning your phone will be totally paid off and you can get out of your contract without a penalty,” I responded.

“And you’ll be eighteen,” I continued, “so you’re a bona fide adult and you’ll sign the new contract…and pay for it.”

“That sounds like a terrible idea,” said Pippa, for once wishing she was Grey.