You are here: Home / Saving Money / Are K-Cups a Godsend Or an Abomination?

People generally have one of three reactions to the K-Cup revolution:

Number 3 is a variation on the old Yogi Berra saying, “Nobody goes there anymore – it’s too crowded.”

More Beatles than Right Said Fred (“I’m Too Sexy” was their one and only hit), K-cups have had amazing staying power, and everyone seems to sell them now.

My tribe tends toward the #2 Abomination view, but like a lot of mass movements, we were swept up in the tsunami anyway, and now I use a Keurig at home and work.

How to cast aside the cognitive dissonance and enjoy my daily cups of joe (and tea)? 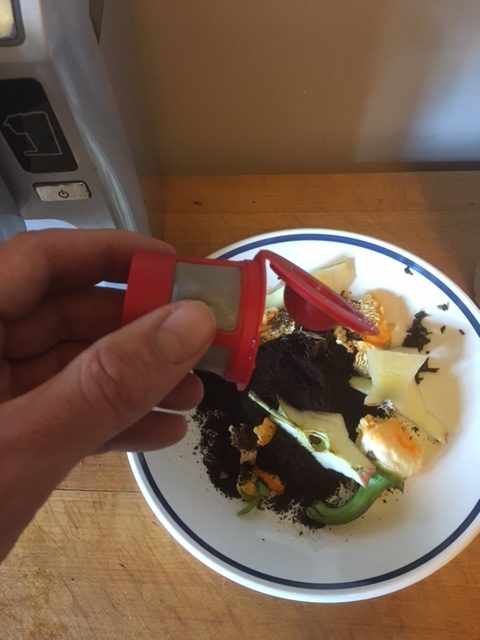 It starts with purchasing a reusable K-cup, then actually, you know, using it. This requires discipline, because it takes a lot of the convenience out a product that was designed for convenience and ease of use.

Purchase Some Disposable Ones Too 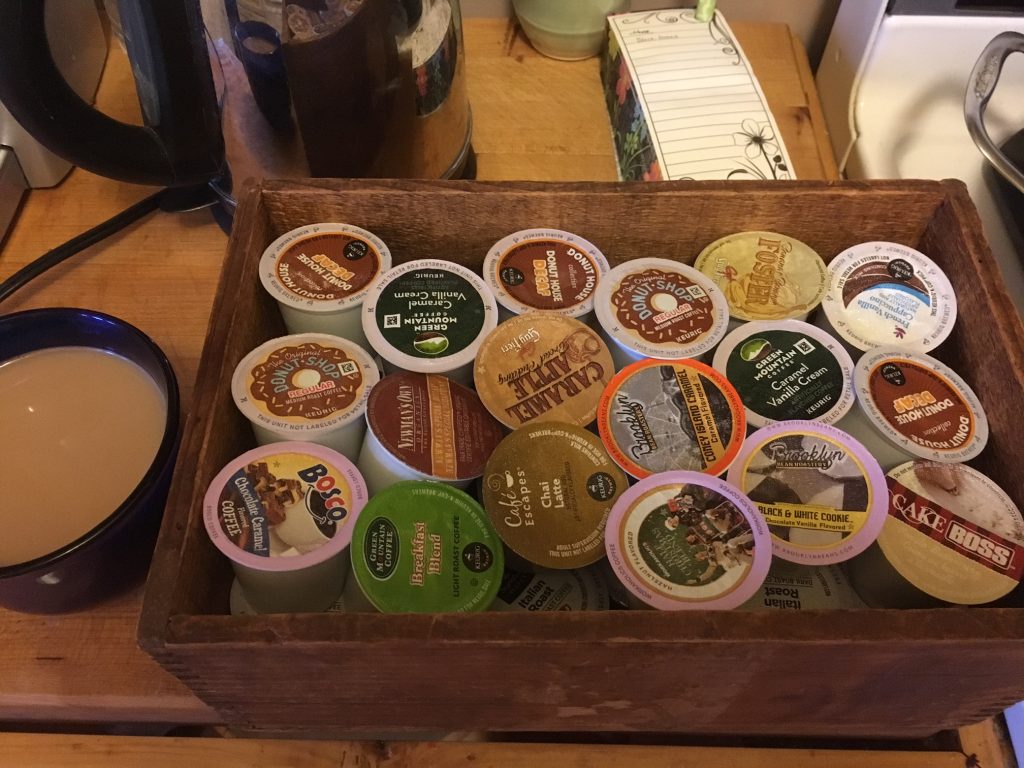 Give in and buy an assortment of disposable pods for guests. Super tree huggers embrace (heehee) the reusable K-cup concept, but most people want to run their hands over a cool selection of different brands and roasts. It’s the adult version of a kid in a candy store, minus the cute squeals.

Recycle everything you can. It’s part of being a good steward of God’s creation. If you use the reusable version, it’s as easy as dumping the spent coffee grounds in the compost bin.

For one-time-use K-cups, recycling has traditionally been hard, but it’s getting easier.

Formerly, there wasn’t much indication on the packaging whether anything was recyclable, so I typically dumped the used grounds in our compost pile, and chucked the rest.

Unfortunately, so did everyone else. In 2015, Keurig Green Mountain sold more than 9 billion (yes, that’s with a B) of its single-serving coffee pods, and virtually all of them went in the trash. Placed end to end, the pods sold in a year would circle the globe 10 times, according to the New York Times. 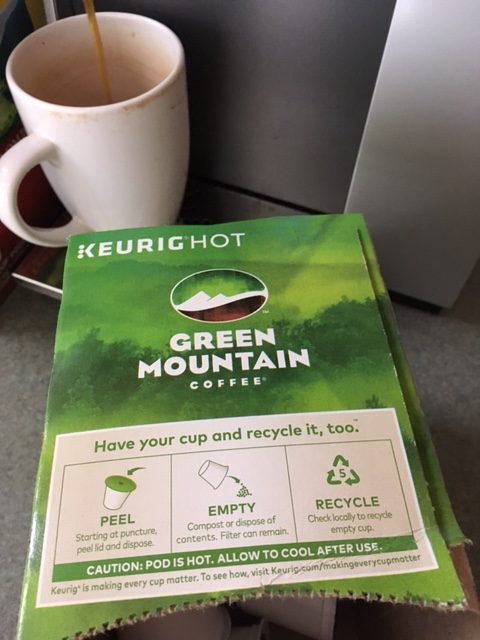 Now you can buy recyclable K-cups (assuming you can recycle #5 polypropylene in your area), but again, it takes discipline to take advantage of this. Our process when using disposable/recyclable pods:

Other ideas? I’d love to hear them!