You are here: Home / Kids & Finance / Not Just for Cars – Test Driving Before You Buy

Grey has been growing, so he needed a new bike. He receives an allowance, so he’s paying for it. 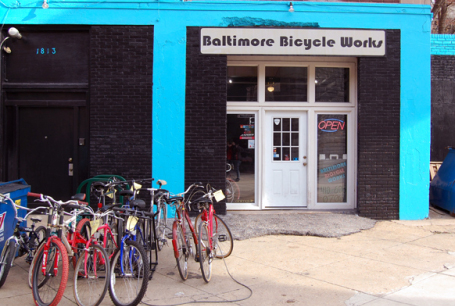 A little too awesome actually. I’d love to tool around on a fat tire Surly ‘Ice Cream Truck’ bike, but I’m too cheap for it. The folding Brompton bikes are clever, but I think I’d regret the premium I paid for it more often than I actually used the collapsing capability.

But they have used bikes too, so we took a browse. Grey found one he liked for $225 and just like that, he was ready to lay out his hard-earned cash.

“Yeah, I guess so,” Grey responded. He hopped on and took it for a spin. He was back in 2 minutes.

“How did the brakes work?”

“What about the gears? They all work properly?”

“Give me that thing,” I said, grabbing it out of his hands. I took off screaming fast down the sidewalk, then veered into the street. I did a recklessly-fast turn left, then right. I stopped so suddenly I left a small black streak. I meticulously shifted through every…single…gear.

Ten minutes later, I was back.

“Grey, when you make a big investment like this, you have to give it the full shakedown, especially if it’s used,” I explained. “Once you buy it, the bike, and all its problems, are yours. You might be able to come back and have them fix something later, but they’ll probably ask you to pay extra for it.”

I concluded: “But now, they are highly motivated to fix any issues, because they really want to ring that sales bell.”

“And?” Grey raised his eyebrows to full mast.

“Well, it squeals like a pig when you brake at high speeds.”

This was the most remarkable part. On the way home, Grey said “Dad, I’m glad you were along. I wouldn’t have thought to do all that testing.”

If you have a teenager, you know those sentences just aren’t spoken. They’re too self-centered to string those words together. Even if they could, they wouldn’t want to give you the satisfaction of hearing it.

That’s one of the great things about Grey. He’s not calculating – he tells you what he thinks, good and bad.

“Thanks buddy, I appreciate you too,” I said, feeling just about as full as a father can feel.