You are here: Home / Travel & Finance / Reckless in Cincinnati – Spending $20 on Water at a Reds Game 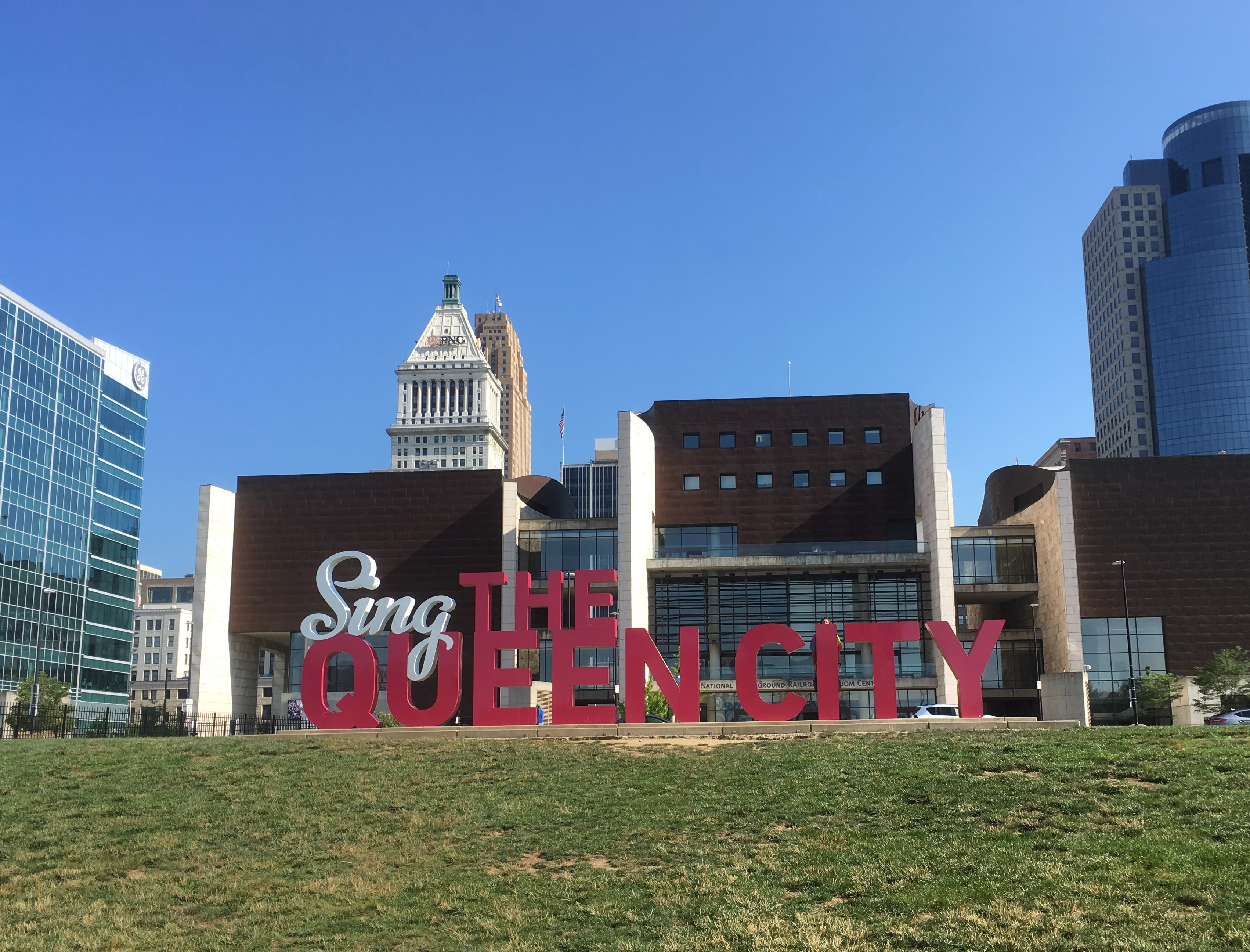 Grey and I are visiting as many Major League Baseball stadiums as we can.

We both like baseball, for different reasons. He’s a student of the game and likes to collect cards and follow players. I just like the atmosphere – it feel likes a big backyard barbecue, without all the obnoxiousness of an NFL game.

We haven’t gotten very far in our stadium visits yet – five for him, four for me. (He’s been to the Rockies’ Coors Field with his Colorado grandparents without me.)

Unless I get credit for the old Shea Stadium (Mets) and Memorial Stadium (Orioles), then I’ve been to six, but I think a stadium gets removed from your list once it’s leveled.

We’ve been to Camden Yards (natch) and Nationals Park, then a few weeks ago, we added two in one week! Nora and Pippa were in Maine, so Grey and I had some freedom to do our own thing.

Nora had actually been the catalyst. She found a cheap Southwest flight to Cincinnati of all places, and suggested a visit to catch a Reds game.

At first, it sounded like the epitome of reckless spending. Fly to Cincinnati on Saturday morning, then spend lots of moola on transportation and lodging and food, then fly back home on Sunday evening. All for a baseball game featuring two teams (Reds and Brewers) we didn’t care much about.

But then Nora reminded me about how we aren’t doing a big family vacation this year, after doing a really cool Alaska vacation last year.

Related: To Buy or Not to Buy – Analyzing the Need for Travel Insurance

Then I also realized two other salient points:

So Nora secured the Southwest tickets ($396 round trip for two of us) and I started looking for a place to stay. Pippa and I had stayed in two Airbnbs during our midwest college visits over spring break, and that had gone well, so I started there.

I say ‘well,’ but Pippa told me later that she had trouble sleeping at the one basement Airbnb, imagining all night that someone would descend the stairs and kill us with an ax. No such issue with the tiny house that we had to ourselves.

I’m not sure how serious Pippa was, but I started with the ‘Have the place to yourself’ filter and a $90 limit. Nothing. I was looking at a small walk-able area, because I didn’t want to rent a car.

When I upped the limit to $140, I got a hit in Kentucky, just across the Ohio River. It was the full first floor of an 1860 townhouse that had been completely updated and geeked out – it had Alexa voice-controlled hue lighting, music, and house temperature (via Nest). The 55″ living room Apple TV had a Netflix subscription.

I was head over heels in love with no ability to arrest myself when I realized that Airbnb thought I was traveling alone. When I added Grey and the app tallied all the taxes and fees, the cost had climbed to $168! I looked the other way as I touched the ‘Reserve’ button. We were making important father-son memories, right?

I compensated somewhat for my mistake of getting emotionally attached to a rental prior to final checkout, by doing a bang up job of researching Cincinnati public transportation before we even started our trip. I found a public shuttle that ran regularly from the airport to downtown for only $2 per person.

Once downtown, we rented bikes ($8 each for an hour), then hit the information center to inquire about:

We walked to the Segway tour company first, but $60 each was too rich for us, so we continued on to the recommended Skyline Chili, which is famous for their pasta-based version of Cincinnati Chili.

We ended up walking right past Skyline too, into Venice on Vine, a pizzeria non-profit that employs individuals with barriers to working. It fondly reminded us of our local Sam’s Canterbury Cafe, which employs people on the autism spectrum in Baltimore.

After lunch, we walked the couple miles to our Airbnb rental, over the famous John A. Roebling Suspension Bridge.

A quick settling in, then it was back over the bridge to the Great American Ball Park.

The game was remarkable for the play on the field, but I was frequently distracted by the heat in the seats. Nora would have sensibly retreated to under a roof somewhere but I must have already been suffering from heat stroke – we stayed put and over the course of the game, bought three bottles of water ($4.75 each!) and a gatorade ($6.50!).

By the end of the game:

Short of that time I bought a couple pitchers of beer for my co-workers at happy hour, I don’t think I’ve ever spent $20 on drinks in one place before. But my life depended on it. At least that’s how it felt.

Back over the bridge, we settled into our comfy couch and watched Despicable Me 3. The next morning, I utilized the kitchen, making oatmeal and scrambling up five eggs. For everything the Airbnb included, I suddenly wasn’t feeling so bad about the cost of it.

We checked out early, and navigated the public buses again, this time to the zoo ($19 each). Rated one of the best zoos in the country, we especially enjoyed Fiona, the swimming baby hippo, and the huge baby (10-year-old) Galapagos tortoises. 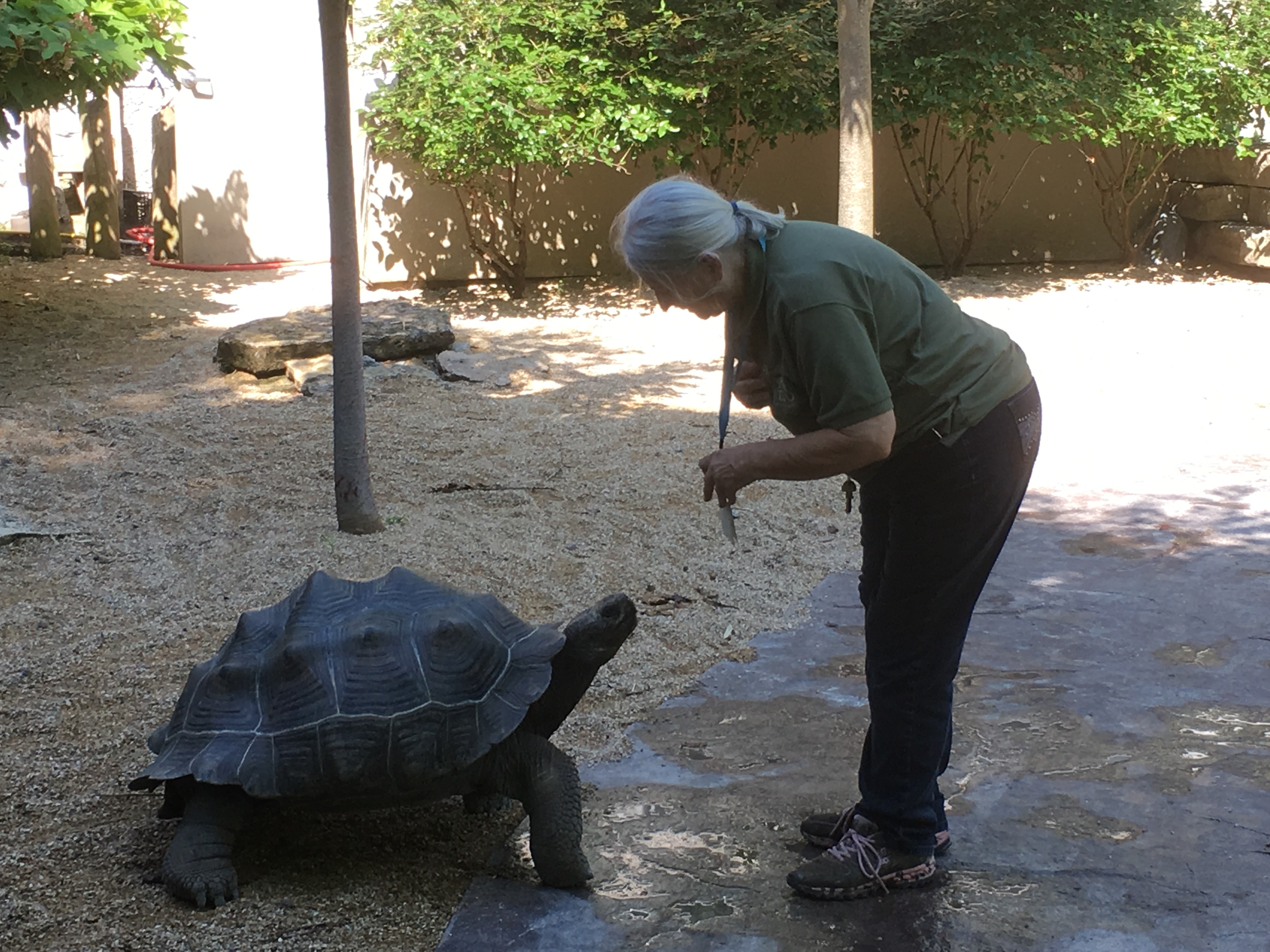 One final splurge: We Ubered ($34, including tip) to the airport for our trip back home. We could have taken the bus again, but it would have involved a line change, and would have required us to cut our zoo visit short.

A few days later, on July 4, we drove to Philadelphia to see the Orioles play the Phillies at Citizens Bank Park.

It was a typical Orioles game – they outhit the Phillies 7-3, but lost 4-1. The Os find so many ways to lose, you’d swear they were being paid to do it.

But there was one victory: We didn’t pay a cent on drinks inside the park. We’d learned our lesson and brought three drinks through security with us. And we got an assist from the weather (it was overcast) and our seating (we were under an overhang).

Put one in the win column for us!