You are here: Home / Kids & Finance / Top 3 Things I’ve Learned from the Passenger’s Seat As My Teenager Learns to Drive 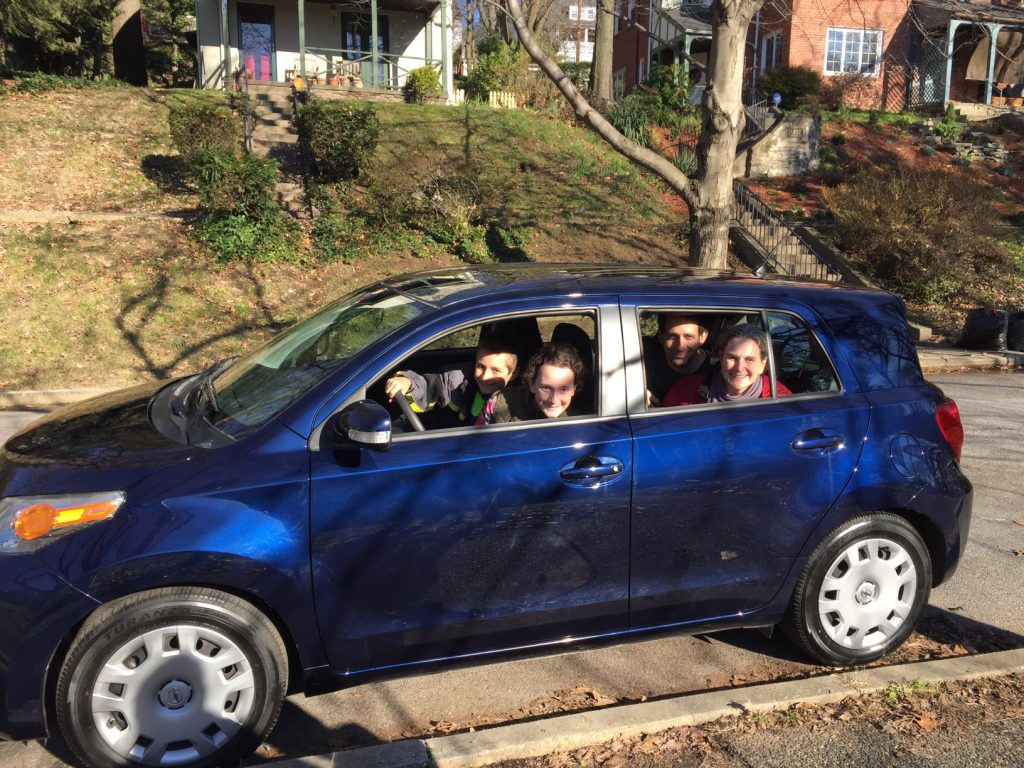 Pippa recently got her driver’s learners permit. You might remember that she turned 16 in January.

I’m not sure what it’s like in other states, but in Maryland, they’ll give a learner’s permit to just about anyone, as long as you’re old enough and have OK vision. Oh, and you have to answer a bunch of questions on a computer. Yes, a computer. You get nowhere near those 2-ton missiles we call cars.

Then you are released to your parent or guardian, who I guess is supposed to give the kid on-the-job training on how to drive.

A learner’s permit allows for the student to drive anywhere at any time (except the wee hours), as long as there is a license-wielding adult in the car.

After a couple months of this, I don’t know how much Pippa has learned, but I’ve learned a lot.

Here are the Top 3 Things I’ve Learned from the Passenger’s Seat As My Teenager Learns to Drive. Turns out, these lessons are widely applicable, so I’ve included those broader take-homes here as well.

1. Never Assume Someone Knows Something 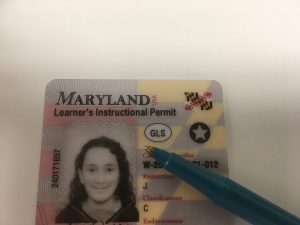 This was revealed early on. The permit still a hint of warm from the laminator, I trustingly give Pippa the keys to my Scion xD (manual transmission) and slide into the backseat (Grey had shotgun). I was torn – do I say something and risk her ire, or keep quiet and see how things go?

A compromise – just one point: “Pippa, the most important thing is…”

Broader Application: If you’re the expert and you’re teaching someone else (especially a teenager), don’t assume they know anything. It can be painful, but you need to risk the eye roll (when they think you have said something obvious). This applies to good money management as much as it does to driving. Mistakes in either sphere can have profound negative consequences.

2. Get As Much Early Practice As You Can

How, you ask, can I hand over the keys of a manual transmission to Pippa on Day 1 and not have it be a unending lurch-fest? Lots of practice on farm roads and parking lots. My sister has a small farming operation on Long Island, and Pippa has spent many hours hiccuping and weaving around it, all while balanced on the front edge of the pulled-all-the-way-up driver’s seat.

Driving is a confidence game, and nothing instills confidence like experience. Pippa still isn’t ready to stop and start on a 20 degree incline without wailing and teeth-gnashing, but she’s miles ahead (heh) of other drivers her age.

Broader Application: You know how you are supposed to talk to infants before they have any idea what you are talking about? Then you learn before long that they actually understood waaaay more than you thought? Same thing with other important life lessons, be it related to the financial or the Divine (“Suffer the little children…”).

A few days later, we go for another ride. We tool along a 4-lane road (2 lanes each way). I ask Pippa to change lanes every once in a while so she gets practice doing it smoothly.

Everything seems to be going OK, but Pippa is getting increasingly anxious, especially during lane changes. I guess that makes sense because there aren’t any lane changes on a farm. But my gut compels me to ask: “What’s wrong?”

“I don’t know if there is anyone there when I change lanes!”

The car careens to the nearest open curb.

I try to speak calmly: “Pippa honey, you can’t change lanes if you don’t know if anyone is there. That’s the way you break Dad’s car. And that makes Dad very hard to be around.”

I do a quick tutorial on how you use a combination of mirrors and over-the-shoulder looks, and Pippa is good to go.

Broader Application: Don’t make financial decisions based on limited, incomplete information. Do your due diligence, then act decisively, not the other way around. Decisions made with your eyes closed work out OK some of the time, as Pippa found, but an eventual ugly pileup is inevitable.

If you liked this post, submit your email in the right column to be notified when future posts publish (1 a week). See you in a week!