You are here: Home / Travel & Finance / Vacationing to France on a Budget – Our Trip to Eastern Townships, Quebec

If you live in the U.S., you know it’s expensive to vacation in Europe.

That’s fine if your surname is Buffett or Gates or Trump, but us regular people can’t do that very often without going broke.

So we decided to vacation in France without actually, you know, going to France.

We drove to Eastern Townships in Quebec, where you experience the same je ne sais quoi that you would in the French countryside. The same comical communication mishaps, because the locals pretend they don’t speak English. The same mystery regarding what things really cost (time to unlock the 3rd grade math brain for conversions) and the funny monopoly money used to make purchases. The same interminable dinners that would drive you crazy at a Denny’s, but feel so right when you have a glass of wine and a bowl of mussels floating in garlic cream sauce.

You can probably tell from the pics that this vacation was a handful of years ago, but it still gives me warm fuzzies when I recall it. Here are the highlights and the cost breakdown, updated to today’s dollars.

In August, we drove from Baltimore to Canada, crossing the border from Vermont on Route 91. 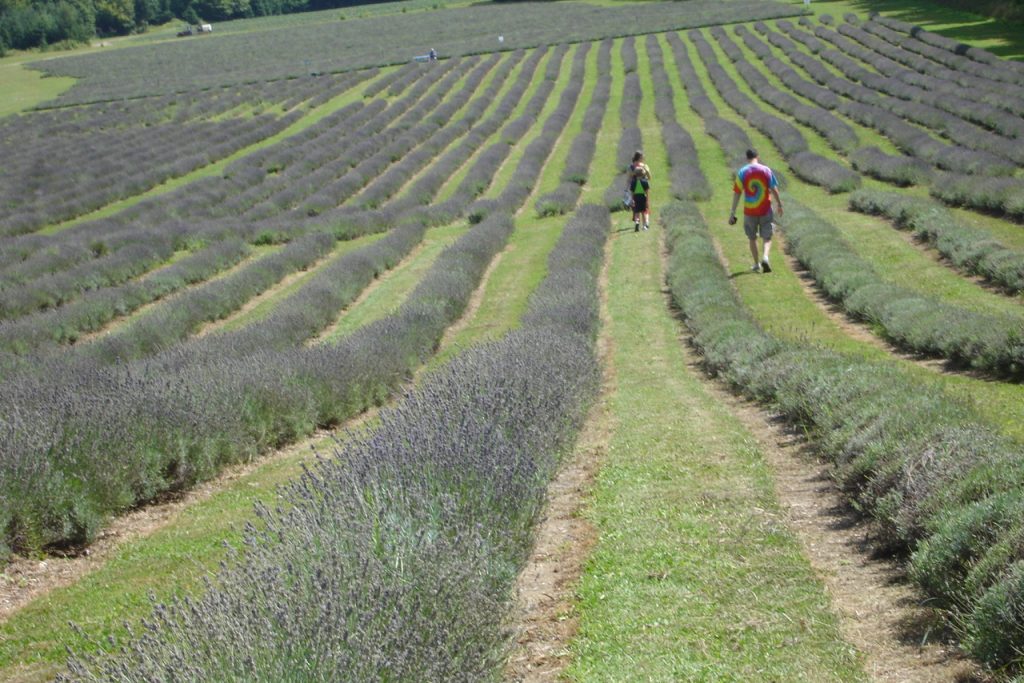 The first stop was a lush lavender farm – Bleu Lavande – that stretched as far as the eye could see. Glorious! We wandered the picturesque grounds, then learned about the process of how they squeeze the flowers to death to create lavender oil. Cost: Free

Kids are good for a lot of things, but especially as an excuse for adults to do juvenile things, like wilderness courses and ziplining. Next stop was Haut Bois Normand, an awesome adventure destination in Eastman. They offer 4 rope and beam courses, of different lengths and difficulty. Amazingly, elementary kids and their 30-something parents have similar aptitude and courage levels when it comes to these things, so we were all happy to share in the Petit Tarzan adventure (featuring 65 treetop adventures!). Cost: $21.50 ea, for a total of $86 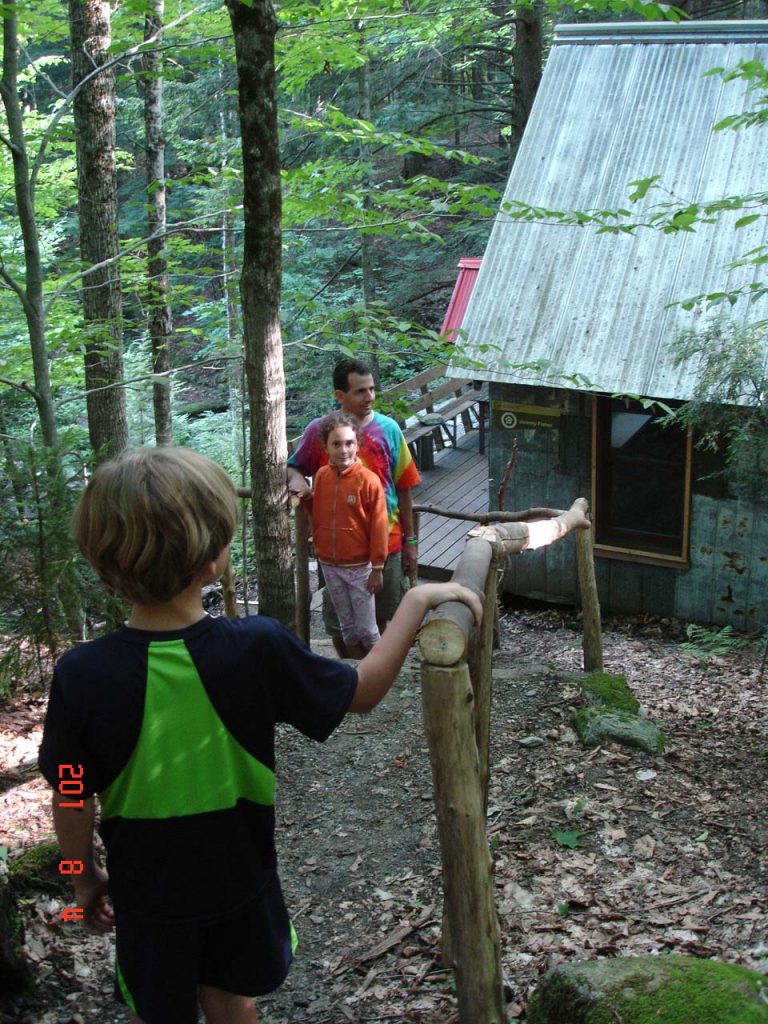 Our next stop was a campsite. We’re campers, but far from purists. It’s OK to use newspaper to start a campfire. We’ve been known to set up the tent within a few feet of our car trunk. And there’s no shame (and more than a trifle of additional comfort) in using toilet paper instead of leaves.

Sleeping in a cabin instead of a tent? Yeah, that’s good too, we’re all about the glamping, especially for an extended vacation. So we secured the Jeremy Fisher cabin at Au Diable Vert. For you French dunces out there, that translates to: To the Green Devil. (Alright, I admit, I google translated that, despite two years of high school French. Two very long, umm-filled years.) You must check out their cool tree houses and pod cabins. Bottom line: The alpine pastures of this idyllic camping area are unrivaled in my personal experience. Cost: $139 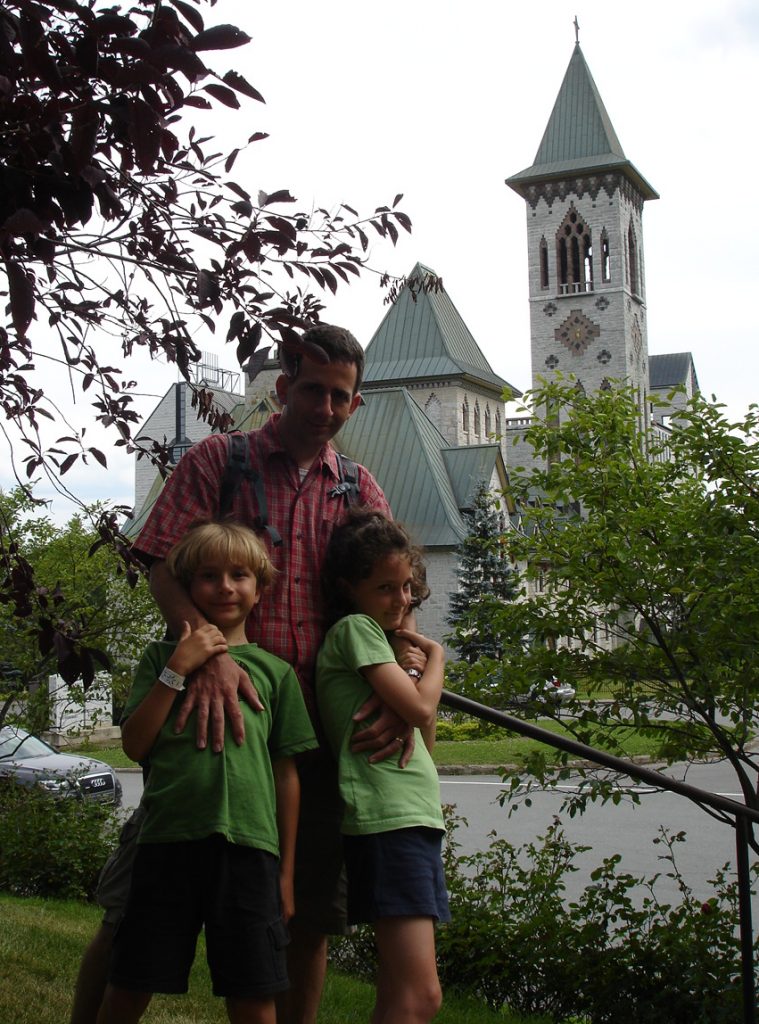 Next on our list was Abbaye de Saint-Benoît-du-Lac (that was a mouthful!). This working abbey was beautifully constructed of colorful brick and granite in the early 20th century, and features real live monks doing their quiet thing, with an occasional outburst of Gregorian chant. Just when I thought they had sworn off all association with the modern world, we stumbled upon a room of bustling commercialism, where tourists were noisily pawing through the latest cheeses, ciders, and jellies that the monks had lovingly produced. Cost: Free

We bought a jar of monk-made jelly that I gave to a co-worker. He liked it so much that he sent a thank you note to Nora, knowing that, surely, she was ultimately responsible for the gift. Cost: $5

Our overnight was at La Casetta, a vibrant dollhouse-like B&B with a scrumptious breakfast. Cost: $88 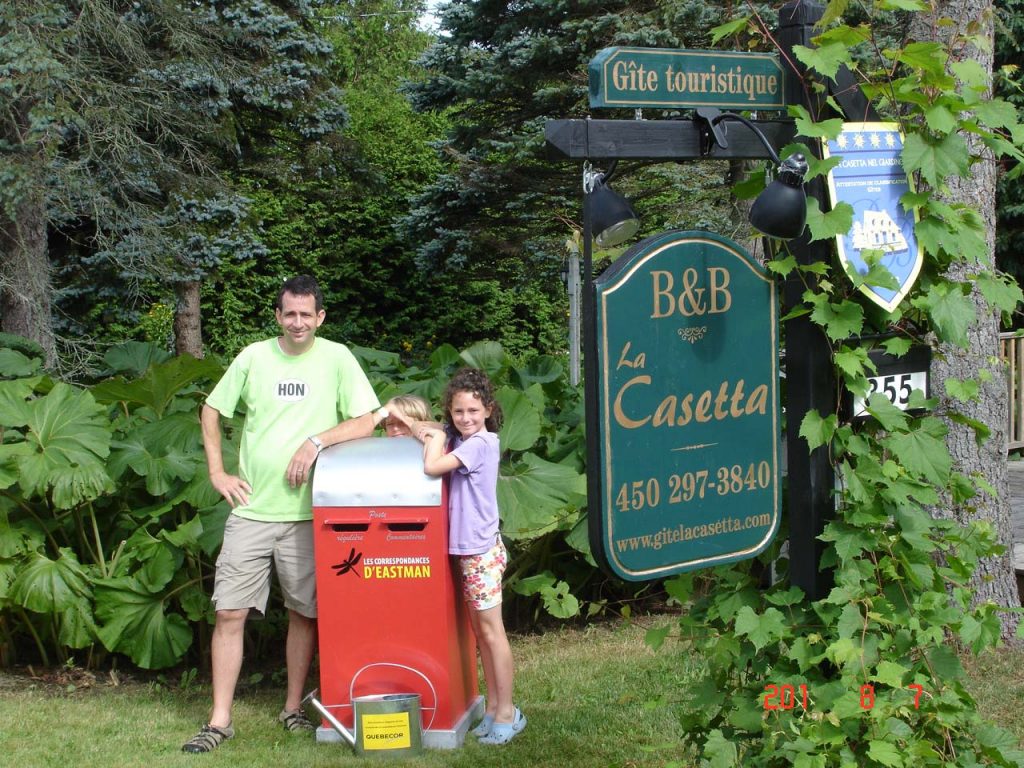 Throughout our stay there we couldn’t help but notice an inordinate number of contemplative individuals and slow-motion couples wandering through the B&B’s rear gardens, all with pen and paper in hand. Turns out, we had stumbled upon Les Correspondences d’Eastman, a quaint celebration of letter-writing. Once we got the drift, we joined in on the ‘ancient art’ of putting pen to paper, and enjoyed the festival’s free postage and calligraphy addressing! The final touch was dropping our exquisitely-crafted correspondence into the town’s big and shiny fire-engine-red post boxes. 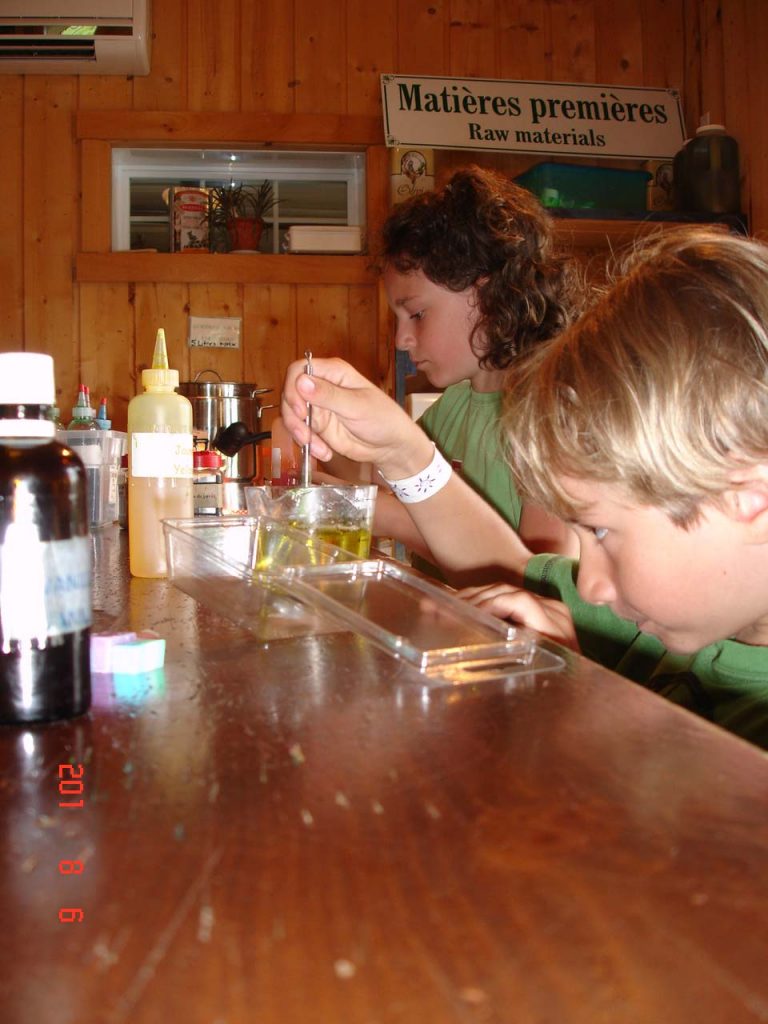 Our next visit was to a soap factory in Magog. I say ‘factory’ but Savon des Cantons is really more of a store with a small make-your-own soap operation. Cost: $18

It was fun for the kids to play mad scientist and make their own bars of soap from natural ingredients, but if we did the trip over again and had to skip one stop, this would be it. That’s not so much a knock on this attraction, but rather an indication of how superlative everything else was.

Nora does practically all the planning for these trips, but she makes a real effort to include something for everybody. You might not be thrilled with today’s activities, but chances are tomorrow or the next day are a perfect fit for your interests. 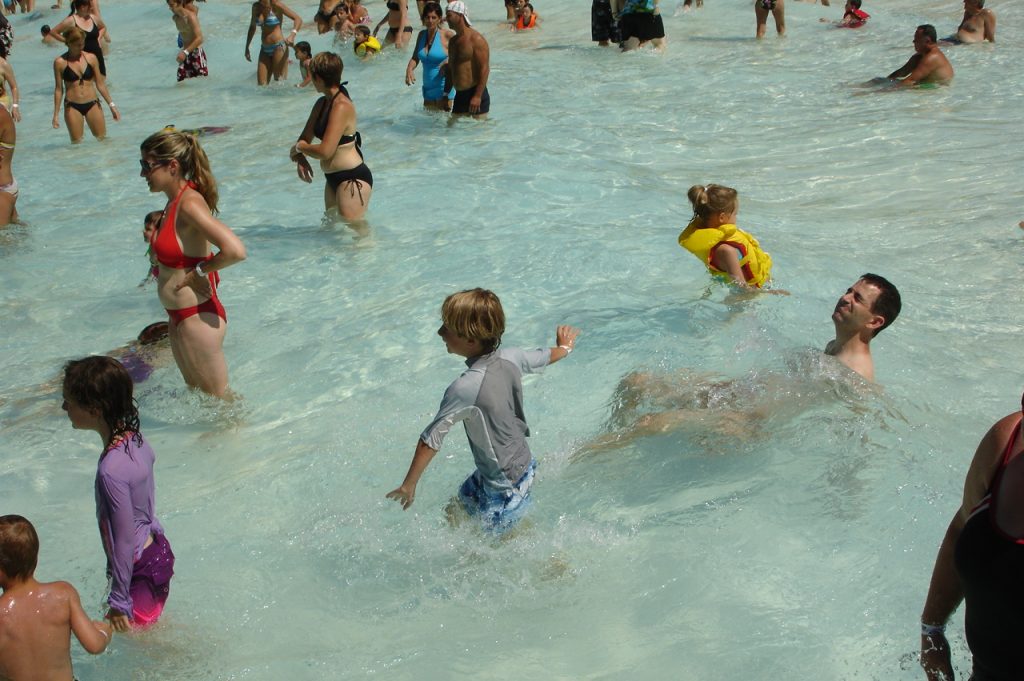 That being said, our last destination was a hit with everyone. To me, Bromont Water Park was all the fun of Sea World, minus the animals…and cost. Four heated pools (including wave), 13 slides, and non-aqua activities like mountain biking and ‘alpine luge.’ Cost: $43 ea for adults, $34 ea for kids, for a total of $154

Visiting Eastern Townships in the winter? The area transforms into Ski Bromont in the cold months.

So what was the total damage? All the costs outlined above add to $490. Add another $300 for the 3 overnights not mentioned. And $698 for 1,305 miles driven (using $.535/mile, the IRS reimbursement rate designed to cover gas, insurance, and maintenance) plus $60 for tolls. Plus an estimated $425 for all meals, souvenirs, and other incidentals. For a grand total of $1,973.

Granted it was a shorter trip (5 nights vs 10), but you can do that if you are driving to French Canada. And that left more work vacation days, and a lot more money, to take another trip later in the year.

One other bonus: No jet lag. We crossed into ‘Europe,’ but we never left the Eastern time zone.

How have you hacked your vacation to achieve awesome sights and experiences on a budget?