You are here: Home / Misc Finance / A Valuable Discovery in the Maine Woods

Last August, Nora and Pippa were in Maine, visiting Nora’s college roommate Fiona. She lives in South Paris, which has beaucoup French-speaking residents, but that’s where the similarities to its eponymous sister city end.

No complaints though. Maine is truly “The Way Life Should Be,” as its state motto affirms. Even for non-coastal cities like South Paris.

One morning, Fiona had to work, so Nora and Pippa offered to take her dog Baxter for a walk. We don’t have a dog, so it’s a novelty to care for one for a bit, and Baxter is a fun, high-energy dog.

They drove Baxter to one of his favorite trails. Pippa opened her door and Baxter leapt over the seat and out of the car, instantly tautening his leash, making it sing. At the other end of the lead, Pippa was glad she had one foot braced against the car frame.

Straining and choking, Baxter led the way. Then suddenly, just beyond the trailhead, the leash went slack. Baxter was heavily sniffing something. If it had been a pile of pebbles, it would have disappeared up his nose in a second.

Under Baxter’s nose was a credit card and driver’s license. Nora bent over and picked it up, straightened up, and swiveled her head around. Nobody in sight. She slipped it in her pocket and finished the walk.

Back at Fiona’s house, Nora and Pippa opened every drawer looking for an envelope and postage. They’d drop the license and credit card in the mail, and within a couple days, they would be reunited with their owner, assuming she hadn’t moved.

They found dog treats. And Star Wars figurines. And Fiona’s supply of rotting CSA veggies. But no envelope or stamps.

In frustration, Nora pulled out her iPad and pulled up AnyWho.com. She entered the woman’s name and address from the license. Amazingly, a landline number popped up.

Nora dialed it up, but no answer and just a generic automated message. She left a voicemail, but had the same hope of a return call as when she left a complaint on the White House constituent feedback line.

Next she launched the Google Maps app, and plugged in the address. “Oh, that’s not far,” she thought. And Fiona wouldn’t be home from work for a couple hours anyway.

So they hopped in the car, with Nora driving and Pippa trying to interpret the iPad map screenshots that Nora had captured. “Mom, this is awk,” she complained. “You know I have a phone with a maps app now, right?” Pippa had got her first phone on her 16th birthday.

They drove and drove. And drove. It was much further than Nora thought and the driving was slow on winding, frost-heaved roads.

Eventually they arrived, applied a quick rap on the door, then dropped the goods inside the screen door when no one appeared. Back to Fiona’s they went.

As a side note, if there was also a money clip of $200 cash with the cards, Nora would have done the same thing. Her moral compass is pegged on due North. She is the true personification of “Do the right thing, even when no one is watching.”

Partly, I think it’s her life being centered on a solid Christian foundation. Perhaps inseparably, she has a rules-follower personality.

When she goes to the public pool or wherever, her first stop is always the rules poster. A quick skim and she’s good to go. And you can be sure you will never see her running on the pool deck, or diving into the shallow end, or blowing her nose underwater.

I’m not the opposite, but I don’t want to memorize all the restrictions. It’s mind cluttering and limiting, frankly. Most pool rules, like speed limits, are meant to be broken. And without much consequence for most of them. Not knowing all of them gives me plausible deniability when the inevitable lifeguard reprimand comes.

Back in Maryland, Grey and I were enjoying the end of summer, totally unaware of the License and Credit Card Affair. Grey was attending band camp and I was working like normal.

A few months later, in December, we received the regular bunch of Christmas packages, from Amazon and direct from friends and kin.

One return address I didn’t recognize. “Nora, is this a Christmas present?” I asked. “It’s from Wahter-fud, Maine.” (Yes, that’s a failed Maine accent version of Waterford.)

It was addressed to Nora, so she ripped it open. It was filled with goodies: A floral-themed necklace and earrings, a little framed sunset, and a card. 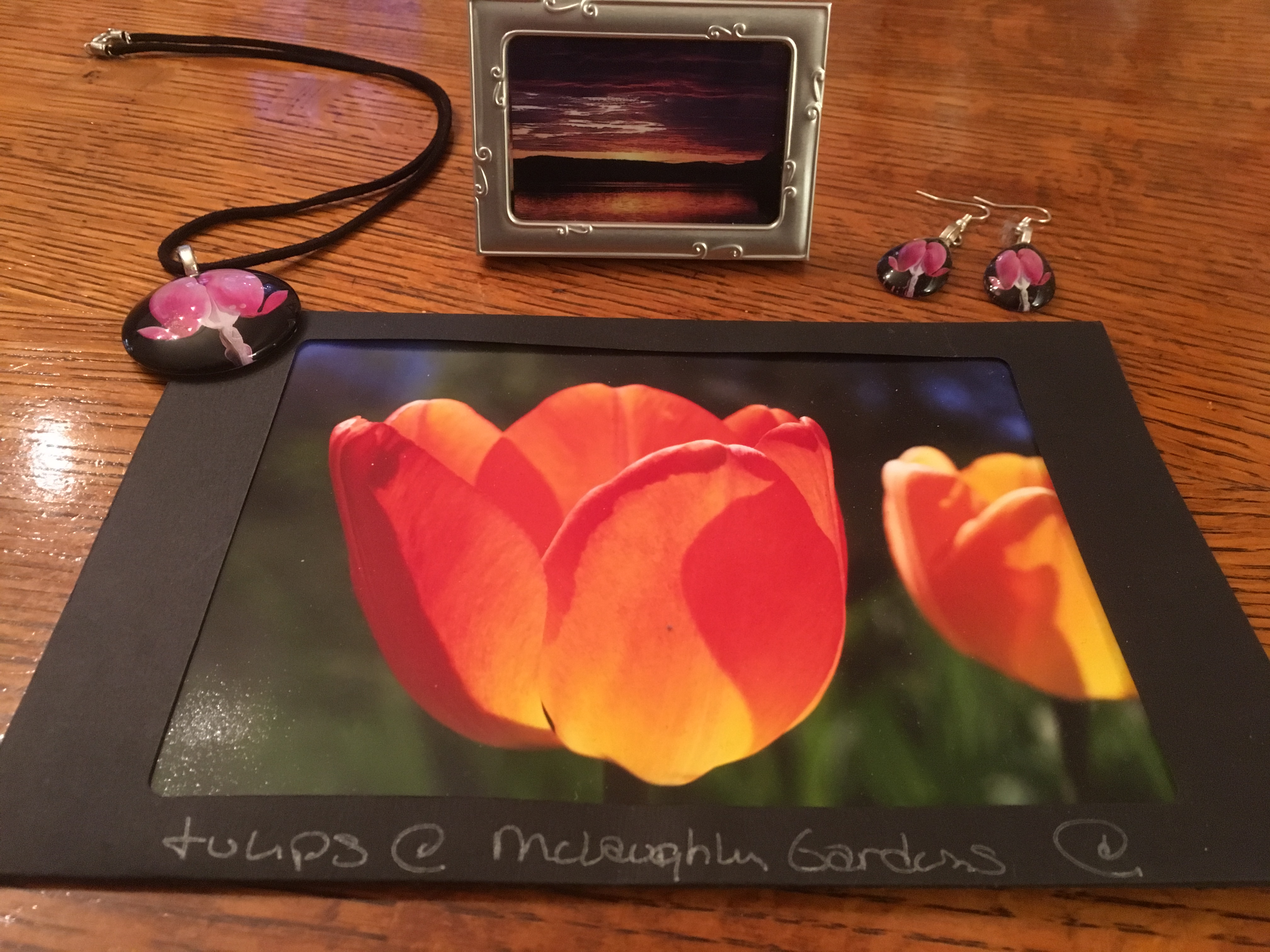 Inside the card was a hand-written note:

Since I spoke with Fiona and found out you were the angel who found my license and cc and brought them all the way out here to me, I knew just how I wanted to thank you, it has just taken me this long to find them. Thank you!! And Merry Christmas!

Nora looked up a bit bewildered – she hadn’t left Fiona’s name or phone number with the cards when she dropped them. How in the world did Beverly and Fiona connect?

Then she remembered: Fiona had mentioned that she thought the license and credit card owner was the local postmistress. Fiona must have mentioned it to her during one of Beverly’s daily mail delivery rounds.

That’s small-town Maine for you. South Paris is nothing like Eiffel Tower Paris and sometimes that’s a good thing.