You are here: Home / Kids & Finance / We’ve Sunk over a Quarter Million Dollars on School Tuition With College Still to Come 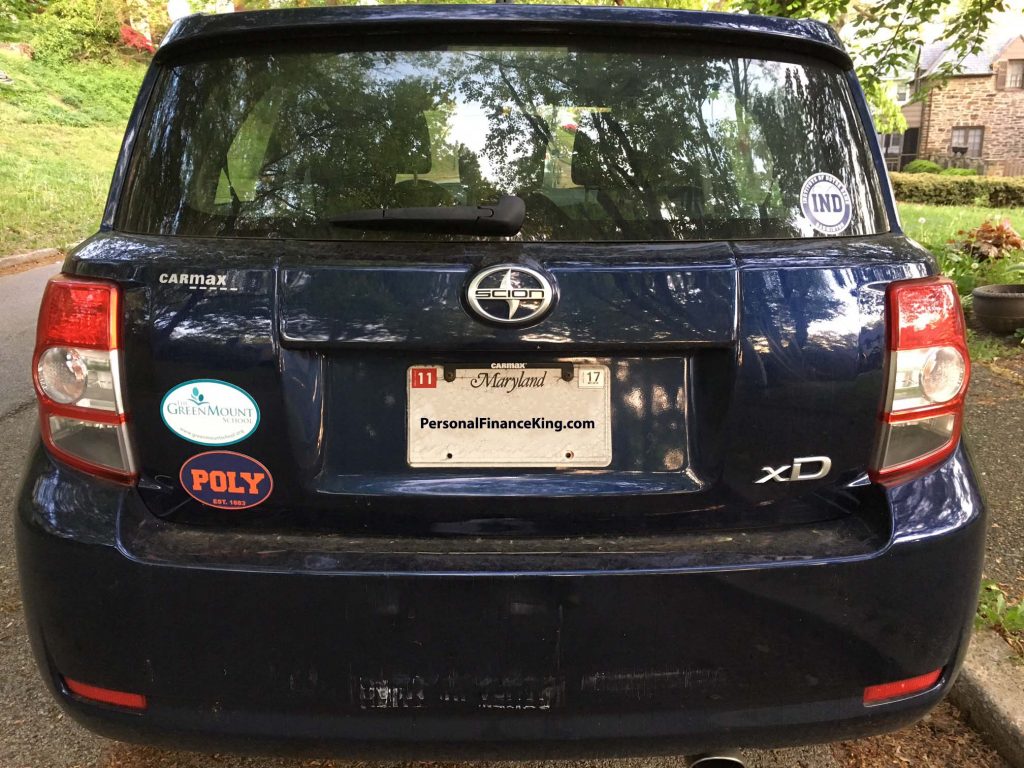 Growing up in the country outside Baltimore in the 1970s and ’80s, there wasn’t much thought about where you went to school. You went to the local public school.

That’s where my older brothers and sister and I went (I’m the youngest of 4). Until one fateful parent-teacher conference.

My parents were already growing frustrated with the public elementary school, which had put my sister and me into special alternative learning tracks, due to some difference they identified in us. I’m not sure what education fad was informing these decisions, all I know is that I couldn’t hang with my friends all day, like most everyone else.

Then came the conference between my parents and the school principal. My sister Orpha, who was in 6th grade, was there as well. My dad, who has always had strong opinions about how to properly educate a child (think lots of memorization and drilling, and zero coddling), wasn’t thrilled with the meeting. But the car ride home was what sealed it.

I wasn’t there, but I’ve heard him tell the story more than a couple times. They were driving home in the dark after the conference – Dad driving, Mom in the passenger seat, and Orpha wedged between them on the bench seat.

They drove for a couple miles, no one said a word, then Orpha cheerfully announced: “See Dad, Mr. Henderson said I’d learn when I’m ready to learn.”

Dad’s response: “No. No, you won’t.” That was it. They drove the rest of the way home in stony silence.

The next week, all of us were pulled from the school and finished the year in a Lutheran K-8 school. The following fall, the school had me repeat first grade, because my reading ability was so atrocious. This either confirmed the public schools’ labeling of me as ‘special’ or was an indictment of their student evaluations that chuted some students into second-class learning environments. Since I turned out pretty normal (academic-wise anyway), I’m going to go with the second one.

Today, for families who live in Baltimore City (like us), figuring out schools for your kids is more complicated than life in the country. You have to navigate the confusing matrix of quality, cost, safety, location, accessibility, and fit.

Here is a summary of options:

Free (can’t beat that), but the quality varies ginormously. On one end are schools that rank dead last in the state in terms of academic achievement. On the other end are some of the best schools in Maryland, which, naturally, are hard to get into.

Then there’s safety issues. I don’t care if a school in churning out Einsteins, I’m not happy if my kid comes home every day with a wedgie. Or worse. At Renaissance Academy High School in West Baltimore, three of its students were murdered in three months last year, one inside the school by a classmate.

The city’s response to troubled schools like Renaissance? Move, reconstitute, or rename them. Maybe they are doing other things too, but I’m not sure. All I know is the renaming thing isn’t working. Granted, some city student populations have tremendous pressures – poverty, drug addiction, homelessness even – that would overwhelm any school system.

Similar to public: Free and quality that covers the spectrum. Due to the struggles of some public schools, the number of charter schools have rapidly multiplied in recent years in Baltimore.

Most Protestant Christian schools have fled to the suburbs with white evangelicals, but Catholic schools are not so fickle, and Baltimore has a lot of them. Some of them are slowly shrinking in size, but plenty remain. They charge tuition, but less than private schools.

Baltimore has more than its share of private schools, many of them single sex. If you don’t mind paying college tuition for 16 years (instead of just 4), this is the option for you. Seriously, tuition at the best of these schools starts at $20k and goes up from there.

Homeschooling is undertaken for a number of reasons, but it is especially popular among Christian families who want to shield their kids from secular teachings in public and private schools.

What to do for Pippa and Grey? Like most Baltimore families, we have cobbled together an education for our kids.

Nora and I are more engagers, than withdrawalers, so homeschooling was out. Besides, neither of us was too excited about the assuming the role of teacher/disciplinarian/cafeteria worker/recess monitor.

For pre-school, they attended a part-time home-based program.

Cost: I can’t remember, but not much

For elementary school, they attended Wilkes School, a cute little Episcopal school downtown. The school takes advantage of its surroundings. They have the children line up in their tidy uniforms and parade them to various city resources: Enoch Pratt Library for story time, YMCA for gym, Walters Art Museum for art appreciation, and Meyerhoff Symphony Hall for music programs. Nora said watching them go on their weekly jaunts reminded her of Madeline’s orderly walks around Paris.

Cost: About $13,000 per kid per year, including before/after care

The Kids’ K-5 school topped out at 5th grade, so we were on the hunt again. As the eldest, Pippa had to lead the way. She landed at GreenMount School. It is small and relatively modestly-priced like Wilkes but different in every other way. Not much history. No historic building. No uniform. No religious affiliation. But they do have a well-run 40-hour-per-year parent cooperative, which forces you to get involved in your child’s education and meet other families (and helps defray tuition expense). Other unique assets of the school are their theme-based curriculum, 8th grade international trip, and 3-hour-a-week apprenticeships (with real businesses!) for 7th and 8th graders.

Again, Pippa led the way, this time to where Grey couldn’t follow. Pippa is attending Institute of Notre Dame, a tradition-filled all-girls Catholic school in downtown. Not to be confused with Notre Dame Prep or Notre Dame of Maryland University, both also in the Baltimore area and founded by the same German nuns who came to America in 1847 on a mission to educate those neglected by society — poor girls.

Cost: About $14,000 per year; she receives a partial scholarship 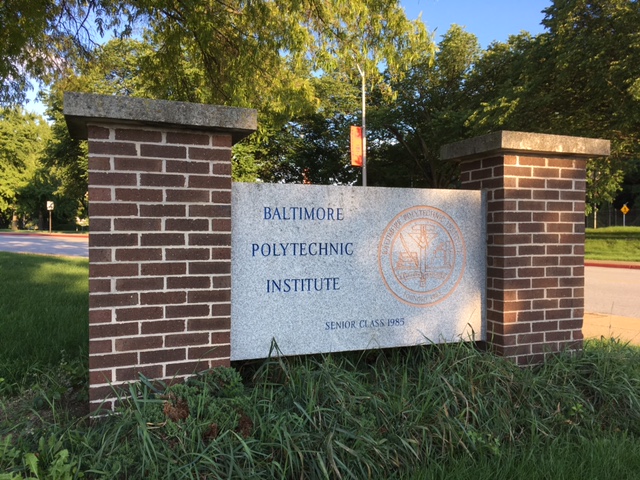 Grey just graduated 8th grade and is attending Baltimore Polytechnic Institute (Poly) next month. Poly is a history-rich public STEM school that scored top 5 (& 1st in math!) in the metro area (which includes wealthy Howard County) in state testing. And they maintain one of the nation’s longest-running rivalries with fellow public high school City College.

The total hurt? If you add up all the tuition over all the years for both kids (projected through the end of high school), you come to a grand total of $278,000, give or take.

Could we have gone public or charter the whole way and saved a big sack of cash? You bet. Could that money have gone to our church, or a soup kitchen, or our retirement accounts? Yes, yes, and yes.

Would the public schools be stronger if we participated in them? No, I’m not buying that one. That requires an inflated opinion of how wonderful your kids are compared to everyone else’s. In fact, the opposite might be true – they could be weaker. There would actually be less money per student if we utilized the schools that we pay taxes for.

School choice is a personal decision for each family. For Nora and me, we realized that – like my parents did back when I was a wee lad – sometimes cost is less important than other factors, like fit. And yes, we know we’ve been blessed with the wherewithal that provides options.

We aren’t Episcopal or Catholic, but we appreciate most of the values that they teach in their schools. And for those teachings that don’t fully align with our Protestant faith, we treasure the opportunity they have afforded us to have meaningful discussions about these differences in the car and around the dinner table.

We aren’t hippies, but we appreciated being part of the commune (uhhh, I mean cooperative) during their middle school years. I talked to a mom there who was horrified to learn that there was a new family in the school with a father who worked in the financial services industry. “I don’t want any exposure to a stockbroker!” she lamented.

The silver lining? College won’t be the sticker shock that it is for many families. We’ll just send our checks to a new address.

That is, unless I can talk Pippa and Grey into attending college in Finland, where it’s free. Wouldn’t it be sweet if we could save the same amount of money during their college years that we spent during their early years?

Do you pay school tuition for your kid(s) despite a free alternative? Why?